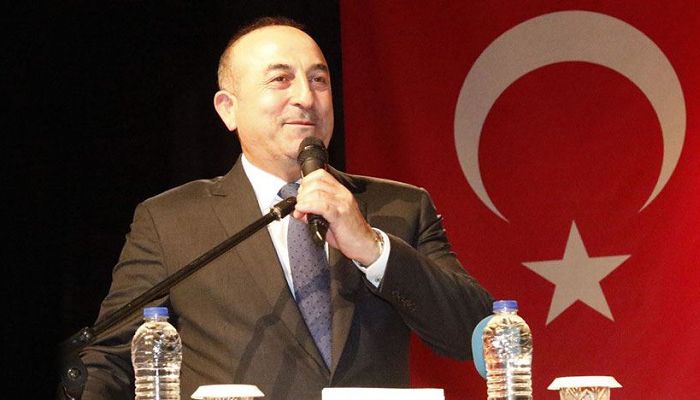 Turkish Foreign Minister Mevlüt Çavuşoğlu said on Sunday that the time has come to bring President Recep Tayyip Erdoğan and the ruling Justice and Development Party (AKP) together again by means of a draft constitution awaiting submission to Parliament that includes a switch to a presidential system of governance.

Speaking during an AKP party meeting in the Güngören district of İstanbul, Çavuşoğlu said, “Unfortunately Erdoğan had to cut his ties with his party [the AKP] due to constitutional requirements.”

“The time has come to bring together the founder and leader of our party, our president, and the AKP again. We will do it,” he added.

In late October Prime Minister Binali Yıldırım announced that his government had completed work on a change to a presidential system of governance in Turkey and would take a proposal to Parliament as soon as possible. Nationalist Movement Party (MHP) leader Devlet Bahçeli had sparked a fresh debate over the introduction of an executive presidency when he said President Erdoğan was already acting like an executive president although his post is largely ceremonial.

Turkey’s ruling AKP and President Erdoğan strongly support a switch to a presidential system of governance in Turkey. Yet critics say he wants a “Turkish style” executive presidency without checks and balances, one that is aimed at creating one-man rule. AKP officials have said they will soon bring a proposal for a change to the presidential system to Parliament’s agenda.