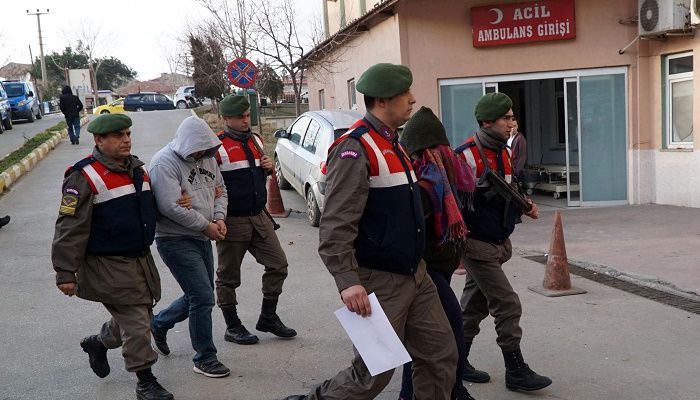 An Ankara-based couple who were earlier dismissed from their positions at Gazi University have been detained along with their three children in Edirne while they were on their way to escape to Greece.

Gendarmes stopped a car on the Keşan-Malkara highway after a phone call informed them about the family’s plan, on Thursday.

M.U. and his wife E.U., both associate professors, their three children aged between 4 to 7 and a smuggler were detained in the car.

Thousands of people have fled Turkey due to a massive witch-hunt launched by the Justice and Development Party (AKP) government against sympathizers of the Gülen movement in the wake of a failed coup attempt on July 15. The government accuses the movement of masterminding the coup despite the lack of any evidence to that effect.

About 120,000 people have been purged from state bodies, 80,000 detained and 40,000 arrested since the coup attempt. Arrestees include journalists, judges, prosecutors, police and military officers, academics, governors and even a comedian. (Turkey Purge)