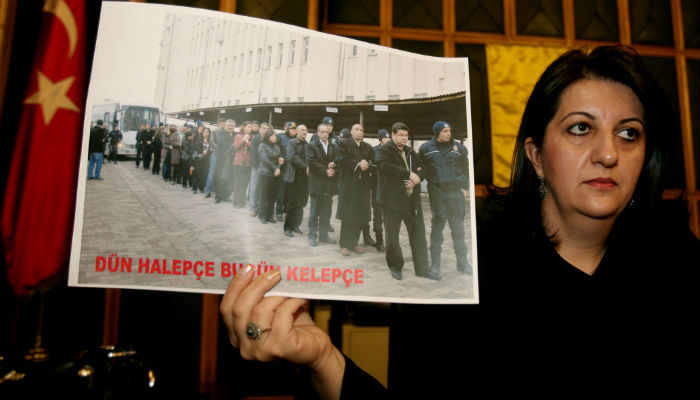 The news about Buldan’s detention was announced from the Twitter account of the HDP with a message saying: “Parliament Deputy Speaker and our İstanbul deputy Pervin Buldan was unlawfully detained at her house in İstanbul this morning.”

Buldan was released after testifying to a prosecutor at the Bakırköy Courthouse in İstanbul.

Speaking to reporters following her release, Buldan said her detention was politically motivated.

Turkey has stepped up its crackdown on Kurdish politicians in recent months. Trustees have been appointed to dozens of municipalities in the country’s predominantly Kurdish Southeast while Turkish courts in November arrested 10 deputies including the party’s co-chairs. Two more HDP deputies were also arrested in early December, bringing the total number of arrested HDP deputies to 12.