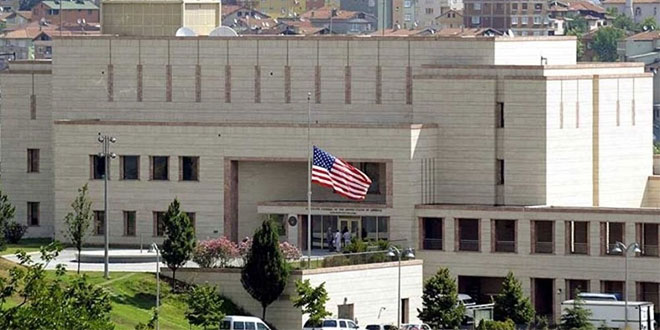 The US Embassy in Ankara and its consulates in İstanbul and Adana will be closed for normal operations on Tuesday after an individual approached the embassy and discharged a firearm, the embassy said.

The embassy said the individual, who opened fire at 3:50 am (0050 GMT), was in police custody and that there were no reported injuries in the incident, which occurred several hours after the Russian ambassador was shot dead nearby by an off-duty policeman.