Iran warns its citizens to avoid unnecessary trips to Turkey 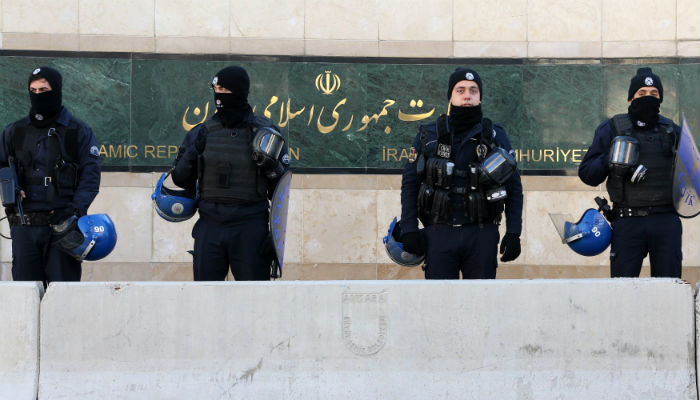 One day after the assassination of the Russian ambassador to Turkey, the Iranian Foreign Ministry has issued a warning statement urging its citizens to avoid unnecessary trips to Turkey.

The Iranian Foreign Ministry released a statement on Tuesday advising all Iranians to avoid making unnecessary trips to Turkey until later notice.

Iran also announced that the country’s consulates in the three Turkish cities of İstanbul, Trabzon and Erzurum would be closed on Tuesday, Dec. 20 and requested Iranian nationals avoid visiting these locations.

On Monday evening the entire world was shocked by the killing of Russian Ambassador to Turkey Andrei Karlov by a 22-year-old Turkish off-duty police officer named Mevlüt Mert Altıntaş, at the opening of the “Russia through Turks’ Eyes” photo exhibition in Ankara.