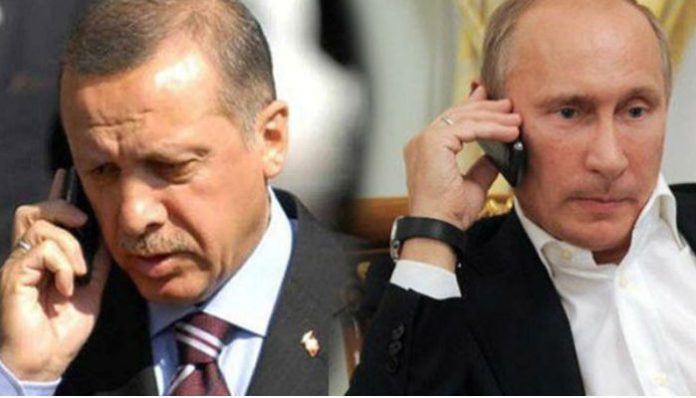 The leaders of Turkey and Russia on Sunday discussed by phone the situation in the Syrian city of Aleppo, stressing the necessity of resolving disruptions in the evacuation of the city, Reuters has reported, citing presidential sources.

Five buses intended to evacuate civilians near Idlib were burned on Sunday by armed men, thus delaying a deal to facilitate the departure of thousands from the last rebel area of Aleppo.

Recep Tayyip Erdogan and Vladimir Putin discussed an intensification of efforts to allow the flow of humanitarian aid and the achievement of a political solution in Syria.

They also talked about holding a meeting in Kazakhstan that would bring together Syrian government and opposition group representatives.