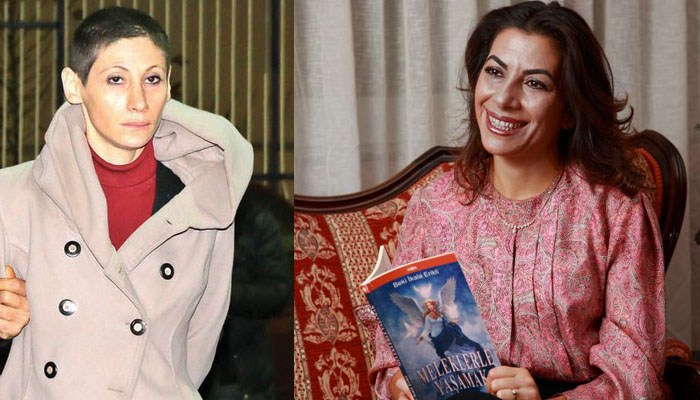 Sinem Koç, who murdered Beki İkala Erikli, a famous Turkish-Jewish author of self-help books, on Friday said she killed her in order to stop her from harming others through her books.

Erikli, particularly well known for her book “Living with Angels,” was gunned down by Koç at the entrance of her office building in the Beyoğlu district of İstanbul on Thursday evening.

Thirty-one-year-old Koç, who told police that she went insane after reading Erikli’s books, said: “She was talking about angels in her books. What angels? She is a devil herself. I killed her to prevent others from being harmed [by Erikli’s books].”

Koç was detained in front of her house in the Küçükçekmece district of İstanbul 26 hours after the incident. Police found the gun she used to kill Erikli in her car.

Ayşe Aral, a columnist with the Hürriyet daily, said Erikli was currently advising a schizophrenic who had directed a number of threats at her. Despite these threats, Erikli did not demand state protection, Aral added.

Erikli described herself as a “spiritual teacher devoted to enabling everyone to connect to their inner voice, intuition, or angels and thereby helping them find their life purpose.”