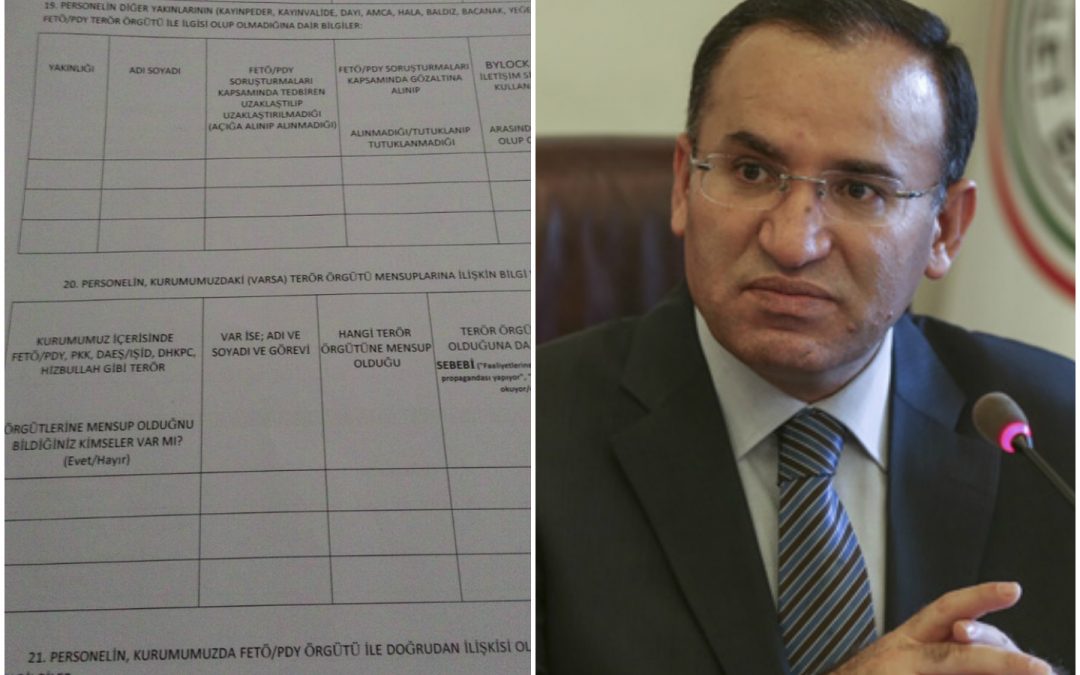 Turkey’s Justice Ministry has handed out forms to its staff asking if they know any colleague linked to terrorist organizations or the government’s perceived enemies, particularly the Gülen movement, according to a social media post.

With the documents still lacking confirmation from any source, similar leaks in the aftermath of a July 15 coup attempt increase their credibility.

“Do you know anybody within our institution who is a member of terror organizations such as FETÖ/PDY, PKK, DAEŞ/IŞİD, DHKPC or Hezbollah?” the 20th question in a form believed to have been released after July 15 by the Justice Ministry asked.

The questionnaire further asks for information regarding the identity and position of the person if the staff member answers “yes” to the question.

FETO is a derogatory term the government coined in order to label the alleged network of the Gülen movement within state institutions as the “Fethullahist Terrorist Organization.” “PDY” stands for the “Parallel State Structure” allegedly established by the Gülen movement.

The profiling of citizens is nothing new in Turkey, with provincial branches of the Education Ministry having asked their staff members to identify which newspapers and magazines they subscribe to.

The forms leaked from the Justice Ministry also ask workers to identify where they stayed during their school years; if they attended movement-affiliated preparation schools for university exams; which newspapers, magazines and publications they and their families subscribe to; banks in which they have accounts and credit cards; and if any of their relatives – either close or distant – have links to the movement. (Turkey Purge)