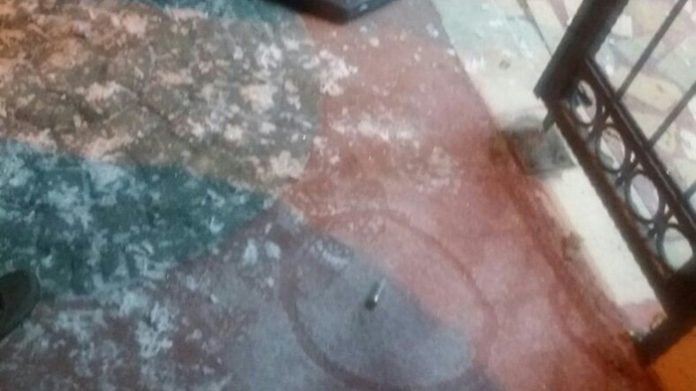 The pro-Kurdish People’s Democratic Party (HDP) headquarters were attacked by an assailant with a rifle who fired four shots into the building on Thursday night, the T24 news website reported.

No casualties were reported, but the windows of the party building were broken during the attack carried out with a rifle.

“It is understood that someone who heard the call for national mobilization [by President Recep Tayyip Erdoğan] took his rifle and went to HDP headquarters. Indeed, when the president mentioned national mobilization, he meant solidarity,” said Bilgen in a Twitter message.

President Erdoğan had said on Wednesday that he was declaring a national mobilization against all terror organizations in the aftermath of twin bomb attacks in İstanbul on Saturday that claimed the lives of 44 people.

The HDP also tweeted in English: “The instigator of attacks towards our provincial and district offices, as well as our Headquarters are the authorities who vow vengeance, target our party each and everyday, and call for national mobilization.”

Turkey has stepped up its crackdown on Kurdish politicians in recent months. Trustees have been appointed to dozens of municipalities in the country’s predominantly Kurdish Southeast, while Turkish courts in early November arrested 10 HDP deputies including the party’s co-chairs.