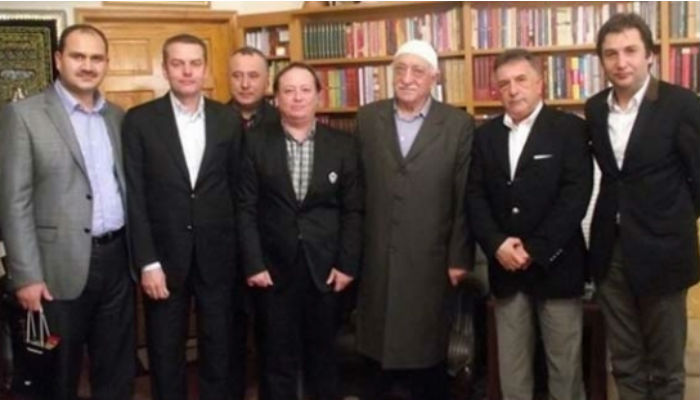 In the wake of the arrest of Doğan Holding Ankara representative Barbaros Muratoğlu over alleged links to the faith-based Gülen movement on Thursday, the holding has released a statement saying that Muratoğlu buttoning his jacket near Turkish Islamic scholar Fethullah Gülen during a meeting with him in 2012 has been used as a pretext to arrest Muratoğlu.

Muratoğlu, who was detained on Dec. 1, was arrested Thursday evening .

The pro-government media had smeared Doğan Holding’s Muratoğlu one week before his detention, labeling him the “encrypted” Gülen movement member in a daily Akşam headline accompanied by a photo of Muratoğlu among a group of people with Muslim scholar Gülen. A week later Muratoğlu was detained as part of a “Fethullah Terrorist Organization” (FETÖ) investigation, a term the government coined to label the peaceful movement as a terrorist network.

In the photo, Gülen, whose views inspired the Gülen movement, is seen with a group of people on his right and left sides who include Muratoğlu in Pennsylvania, where he has been living since 1999.

In its statement Doğan Holding said there were also representatives from the pro-government Sabah, Akşam and Yeni Asır newspapers during the visit to Gülen in 2012 but that no legal action has been taken against them. The holding said the group paid a visit to Gülen upon a request from the representatives from Sabah, Akşam and Yeni Asır.

“We understand that Muratoğlu buttoning both buttons of his jacket [as seen in the photo] has been used as a pretext to arrest him,” said the holding’s statement, adding that the arrest of Muratoğlu is a tremendous injustice while no legal action has been taken against others who posed with Gülen in the same photo.

The Turkish government has been waging an all-out war against the Gülen movement for several years. The government accuses the movement of masterminding a corruption probe which went public in late 2013 as well as a failed coup attempt on July 15. The movement strongly denies any involvement in both.