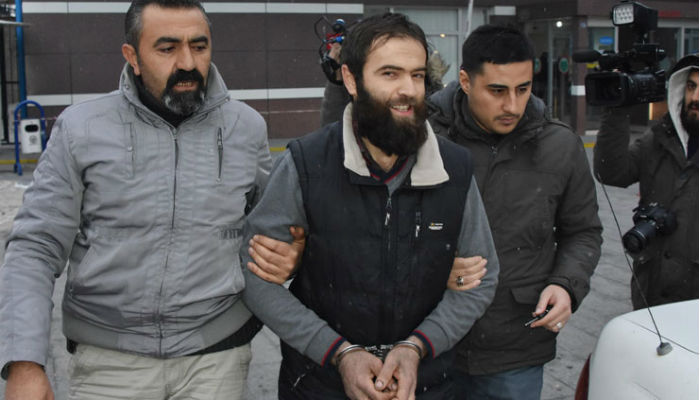 Thirty-three people have been detained for alleged links to the terrorist Islamic State in Iraq and the Levant (ISIL) in the central Turkish province of Konya.

Anti-terrorism police units conducted simultaneous raids on Friday morning on 43 locations, with 200 police officers taking part. Out of the 43 ISIL suspects for whom detention warrants have been issued, 33 were detained during the operations.

When one of the suspects was being taken to the hospital for a medical examination, he told the press members in the vicinity: “Take my picture, take a good one. I’m handsome, aren’t I? Thank God. You take my photo and God will take yours.”

When one of the press members asked the same suspect the reason for his detention, he responded with swear words.