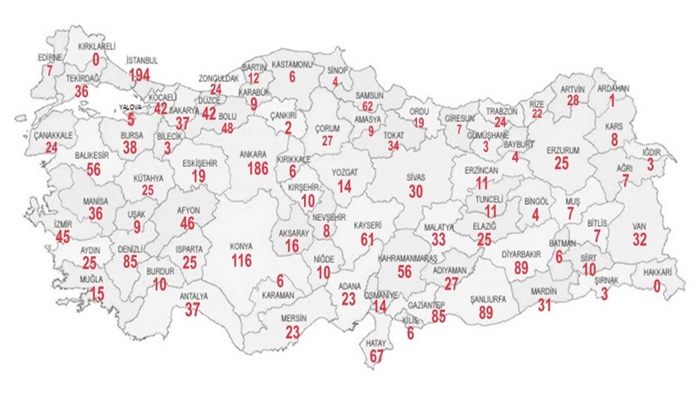 A total of 2,341 doctors have been fired from their jobs by way of government decrees that were issued under post-coup emergency rule, according to data from the Turkish Doctors Union (TBB).

With only two provinces – Kırklareli and Hakkari – out of 81 not to have seen the dismissal of doctors, no radiologist was available in the largest Kurdish city of Diyarbakır as a result of the ever-growing witch-hunt.

Most of those doctors were dismissed over alleged or real ties to the Gülen movement. (Turkey Purge)