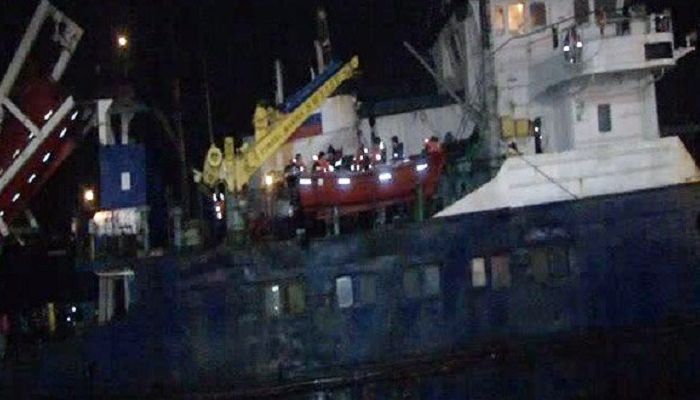 A Russian ship run aground off the coast of İstanbul’s Bosphorus due to heavy winds on Friday.

According to Turkey’s Doğan news agency, it was not immediately clear if anyone was injured, video footage from Turkish TVs showed men sitting in a lifeboat on the deck of the ship, waiting to be brought down while rescue workers gathered nearby at the coast.

The ship ran aground just off İstanbul’s southern Kartal district, on the Asian side of the city on the coast of the Sea of Marmara.

The Bosphorus Strait, which separates İstanbul’s European and Asian sides, is an important international shipping lane for oil and grain.