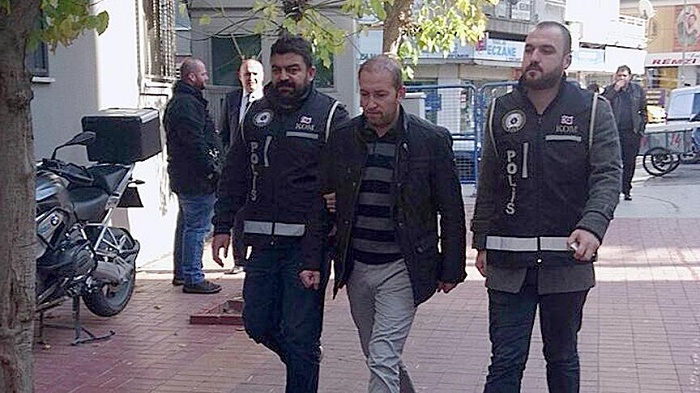 Zübeyir Öksüz, a cousin of Adil Öksüz, a major suspect in the investigation into a coup attempt in Turkey on July 15, has been detained, adding yet another person to a group of people jailed over their family ties to the alleged coup plotter.

Detention warrants were issued for 87 people who are claimed to have ties with Izmir-based business associations that had earlier been closed under post-coup emergency rule. Police on Thursday carried out operations Izmir, Istanbul, Iğdır, Muğla and Kütahya, detaining 56, including Zübeyir Öksüz, who was taken into custody at İzmir’s Adnan Menderes Airport.

Critics often blast the government for a massive purge it is carrying out that violates the principle of individual criminal responsibility. Meanwhile, questions about Adil Öksüz have yet to be answered as he was released immediately after being detained following the coup attempt.

The Turkish government has so far detained 80,000 people and arrested 40,000 over the faintest — true or alleged -– links to the Gülen movement, which it blames for the coup attempt. (Turkey Purge)