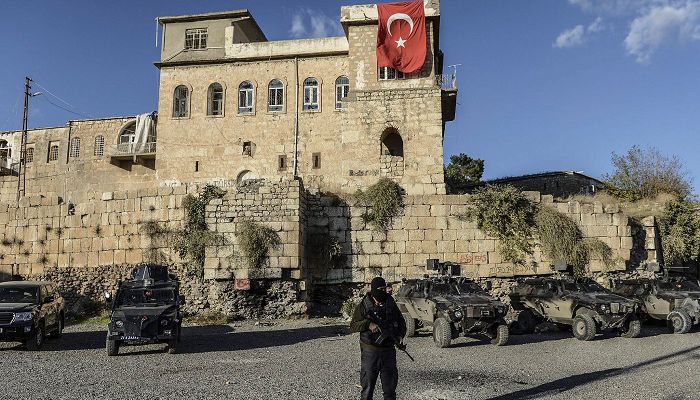 Turkish authorities on Tuesday declared a curfew in six villages of the Silvan district in southeastern Diyarbakır province.

According to a statement from the Silvan District Governor’s Office, the curfew was declared in the Eskiköy, Susuz, Gündüzköy, Otluk, Karahacı and Üçbasamak villages of Silvan.

The terrorist Kurdistan Workers’ Party (PKK) had attacked security personnel patrolling in Silvan on Monday night, killing one village guard and wounding another.

The incident took place between the villages of Çardak and Susuz as PKK terrorists opened fire on the guards.

Following the incident, soldiers were deployed to the area and an operation was launched to apprehend the perpetrators of the attack.