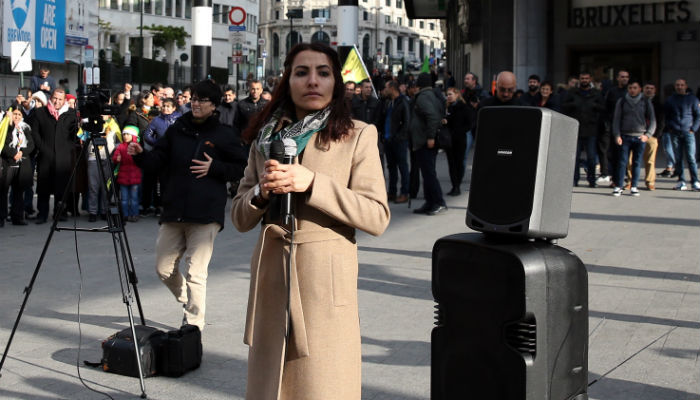 An aggravated life sentence in addition to 48 years in prison for two separate crimes are being sought by prosecutors for pro-Kurdish Peoples’ Democratic Party (HDP) deputy Tuğba Hezer Öztürk on terrorism charges.

The Van Chief Public Prosecutor’s Office has completed an indictment against Öztürk in which the deputy faces charges of membership in an armed terrorist organization, disrupting the unity and integrity of the state and disseminating the propaganda of a terrorist organization in speeches she made on various occasions and for attending the funeral ceremony of an outlawed Kurdistan Workers’ Party (PKK) militant in 2015.

The indictment against Öztürk, who is currently abroad, has been accepted by the Van 2nd High Criminal Court.

Earlier this month, Turkish courts arrested 10 HDP deputies including the party’s co-chairs on the grounds that they failed to testify as part of a terrorism probe.