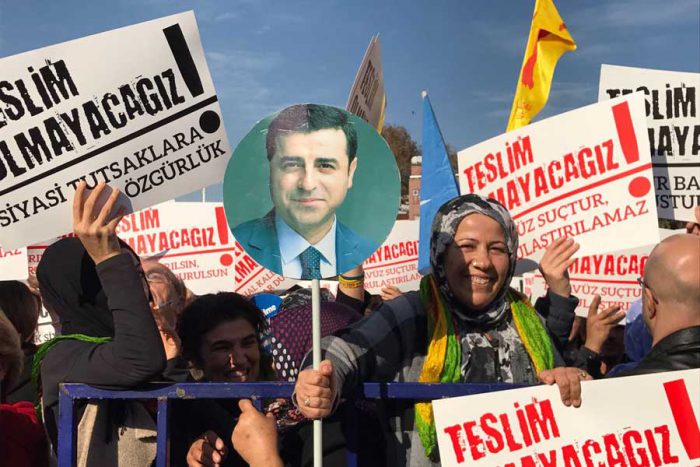 Thousands of people gathered in İstanbul on Sunday to protest the arrest of 10 deputies from the pro-Kurdish Peoples’ Democratic Party (HDP) in a “We will not surrender” rally.

Although the rally mainly aimed to protest the arrest of the Kurdish deputies, banners criticizing other problems including emergency rule, decrees facilitating the purge of thousands of civil servants without due process, a crackdown on the critical media, a proposed executive presidency and child abuse were carried by the demonstrators.

Several Kurdish, Alevi, LGBT and leftist organizations attended the demonstration in the Kartal district of İstanbul as well as the families of some Gezi protest victims.