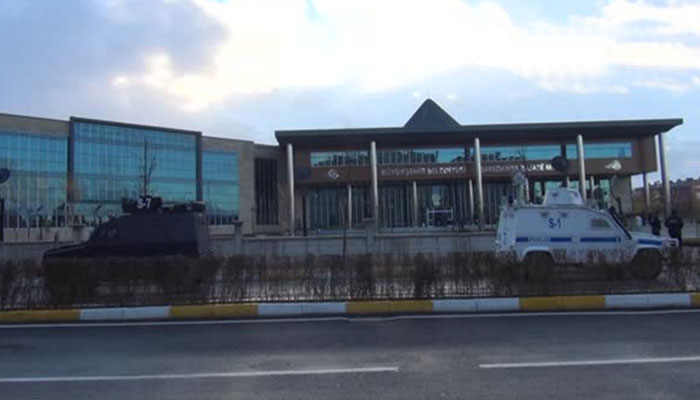 Counterterrorism police raided the Van municipal offices on Thursday as part of an investigation launched by the Van Public Prosecutor’s Office into members of the pro-Kurdish Peoples’ Democratic Party (HDP) over links to the outlawed Kurdistan Workers’ Party (PKK).

Bekir Kaya, the mayor of Van from the HDP, was taken into custody by police.

Police are continuing their search of the Van municipal offices.

Turkish authorities also appointed administrators to replace elected mayors and run the municipalities in the provinces of Siirt and Mardin in the mainly Kurdish Southeast of the country.

According to Turkish media sources, Mardin Governor Mustafa Yaman replaced Ahmet Türk, who was the mayor of Mardin and a former lawmaker from the HDP.