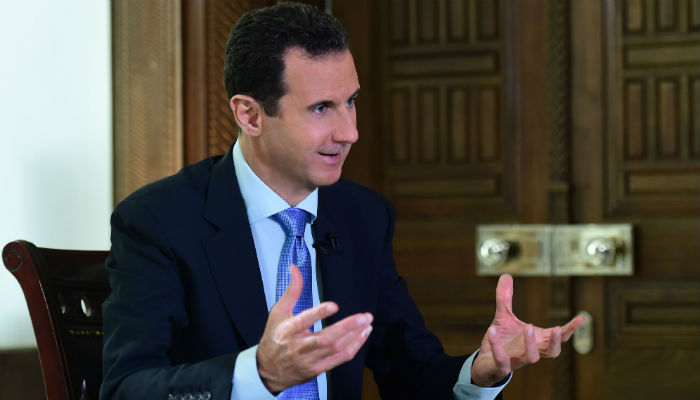 Syrian President Bashar al-Assad described his Turkish counterpart, President Recep Tayyip Erdoğan, a megalomaniac and a sick person when asked about Erdoğan’s comments on his interest in Aleppo and Mosul.

“You’re talking about a sick person; he’s megalomaniac president, he is not stable. He lives in the Ottoman era, he doesn’t live in today. He’s out of touch with reality,” the Syrian president said.

Assad’s remarks came during an interview with Portugal’s RTP state television on Tuesday.

Turkey has embarked on an ambitious operation inside Syria called “Euphrates Shield” to support Syrian opposition fighters in a bid to remove Islamic State in Iraq and the Levant (ISIL) militants from its border and stop the advance of Syrian Kurdish militia.

The conflict in Syria has killed more than 300,000 people since it started in March 2011 with anti-regime protests. Once allies, the relations between Erdoğan and Assad were strained and subsequently collapsed following the beginning of the civil war in Syria.