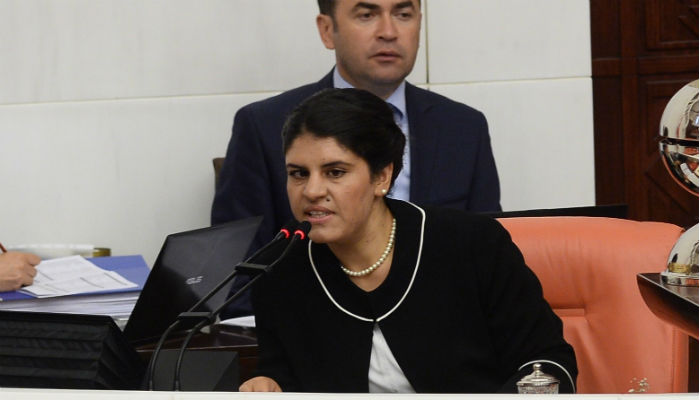 A Şanlıurfa court has ruled that pro-Kurdish Peoples’ Democratic Party (HDP) deputy Dilek Öcalan must be escorted by police to testify at the next hearing of a trial in which she faces charges of making the propaganda of a terror organization.

The first hearing of Öcalan’s trial was held at the Şanlıurfa 5th High Criminal Court on Wednesday.

Criminal complaints were filed against Dilek Öcalan earlier this year when she attended the funeral ceremony of a PKK militant in the Viranşehir district of Şanlıurfa. She is facing a jail term of up to five years over charges of disseminating propaganda for a terrorist organization.

Turkish courts on Nov. 4 arrested nine HDP deputies including the party’s Co-chairs Selahattin Demirtaş and Figen Yüksekdağ. The HDP deputies were arrested after they refused to testify about alleged crimes linked to “terrorist propaganda.” One more HDP deputy was arrested on Nov. 5, bringing the total number of HDP deputies under arrest to nine.