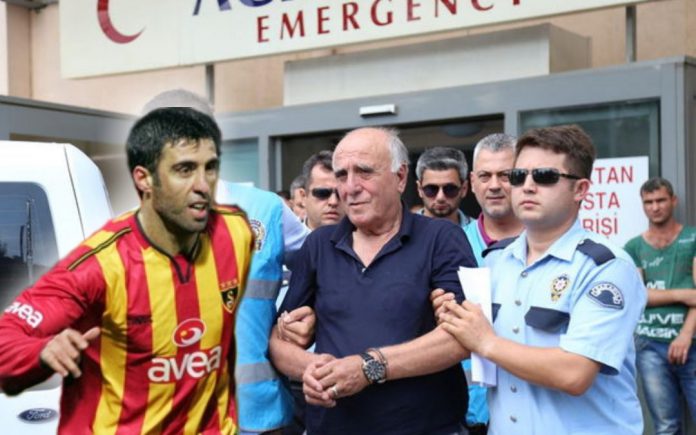 The father of former Turkish football legend Hakan Şükür, Selmet Şükür, who was arrested on Aug. 12 in an investigation into a failed coup attempt on July 15, has reportedly been denied food and water, therefore losing 40 kilograms in three months, the Aktifhaber news portal reported.

Lawyers representing Selmet Şükür told the news portal that when he was arrested he weighed 75 kilograms.

“In only three months he went from 75 to 35 kilograms. He fainted many times because his body is no longer strong enough. Yet, prison management refused to send him to a hospital. They only allowed him to receive treatment in his cell. When his condition got even worse, they finally transferred him to a hospital. Even though doctors said he risks dying, he was sent back to prison after the treatment.”

Earlier, on Aug. 11, the Sakarya Public Prosecutor’s Office requested the arrest of Şükür and his father over their alleged ties to the coup attempt.

Police raided the houses of Şükür and his father in Sakarya and İstanbul on the same day. Selmet Şükür was arrested on Nov. 12 by police after he performed Friday prayer in a Sakarya mosque.

The former star earlier said that he had moved to the US in order to take part in a project to open a sports academy and to learn English. Şükür also faces up to four years in jail if convicted over his tweets allegedly “insulting” Turkish President Recep Erdoğan (first appeared on Turkey Purge).