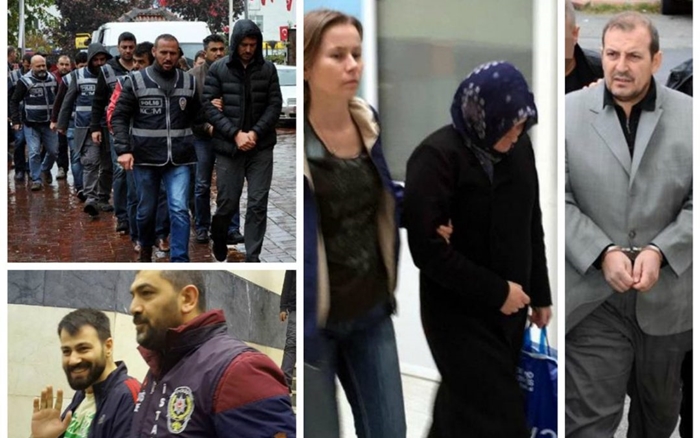 In Turkey’s relentless witch-hunt against perceived sympathizes of the Gülen movement, a total of 94 people were detained in a number of provinces on Friday, while seven were arrested in police raids in Manisa.

Part of a purge that gained momentum following a July 15 coup attempt, the police raided several locations in Bursa province and detained 60 people including civil servants and businessmen.

In Bolu, a total of 25 teachers were detained for providing financial support to Gülen movement institutions. The teachers had already been dismissed by a decree released by the Turkish government last month.

In Manisa, seven people have been arrested for allegedly using ByLock, a smart phone application that authorities believe is a communication tool between members of the Gülen movement, the state run Anadolu news agency reported on Friday.

The news agency also reported that another nine have been detained for the same reason. (Turkey Purge)