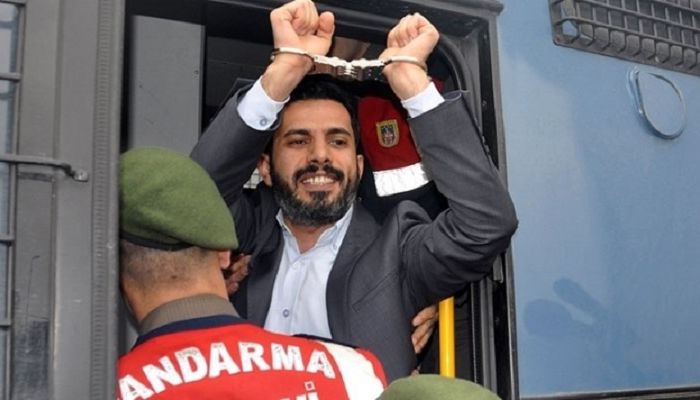 Former Taraf daily journalist Mehmet Baransu, who was imprisoned in March 2015 after he revealed an alleged government plan to “eliminate the Gülen movement” based on a secret document he published in 2013, was denied food on the day of his court hearing, his wife said on Wednesday.

According to the Evrensel daily, Baransu’s wife Nesibe Baransu said he was taken from Silivri Prison at 7 a.m. for a hearing at İstanbul Anadolu Courthouse at 2 p.m. However, he was given neither breakfast nor lunch at the prison or in the courthouse.

“It was deliberately done to make him not able to stand for a proper defense,” his wife said. She added that he wasn’t provided food until the evening of the same day.

Nesibe Baransu also said she was allowed to speak with her husband for only 20 minutes a week. “He is not able to prepare a proper defense for his hearing because we are not able share documents,” she added.

In September, a prosecutor at the İstanbul Public Prosecutor’s Office demanded Baransu’s conviction and a sentence of up to 31 years in a criminal case regarding a news story that revealed a National Security Council (MGK) document of 2004 in which the Justice and Development Party (AKP) government agreed to eliminate the Gülen movement, which is accused by the AKP of masterminding a failed coup attempt on July 15.

Baransu, an outspoken government critic, was put behind bars on March 2, 2015, on charges of releasing classified documents. Nearly 30 police officers raided and searched his home in İstanbul’s Eyüp district for 12 hours before detaining him for questioning in relation to documents he submitted to prosecutors in 2010, prompting a major coup trial known as “Sledgehammer” that implicated top military officers.