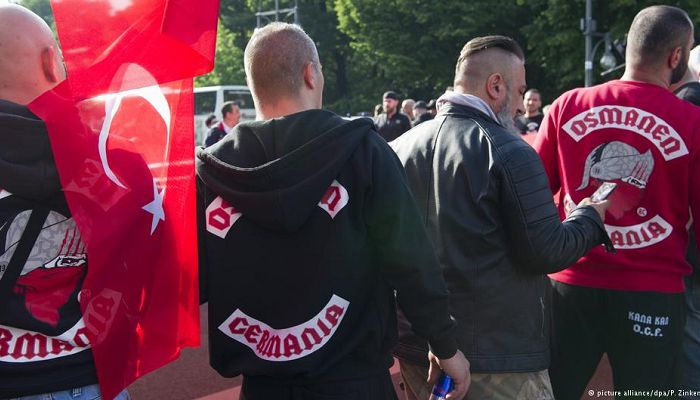 Nearly 1,500 German police across six states in Germany carried out raids targeting members of Ottoman Germania, a Turkish nationalist “boxing” gang after it received tips that the group might get involved in fights with the Kurdish group Bahoz.

Police, including elite commandos, raided nearly 50 homes, business and offices to conduct searches that yielded weapons, ammunition, drugs and 53,000 euros in cash. Raids were also carried out in the states of Hessen, Bavaria, Baden-Württemberg, North-Rhine-Westphalia, Niedersachsen and Hamburg.

According to reports in the Turkish media, a anonymous German police officer claimed that Ottoman Germania has links with Turkey’s national intelligence agency MİT and may start fights with dissident Kurdish group Bahoz, which is also a gang supporting the Kurdistan Workers’ Party (PKK).

The interior minister of the state of Saarland, Klaus Bouillon, said the operations aim to gather evidence and understand the structure of the organization.

Hessen state Interior Minister Peter Beuth also said that “regardless of under which mantel criminals believe they can operate in our country, we will go after them with all the power of a state of law.”

Among those arrested as part of the operations, two suspects were accused of carrying out a grenade attack in August on the Shisha Café, frequented by the rival Kurdish gang Bahoz after suspected members of the group attacked and wounded two members of Ottoman Germania in the city of Saarbrücken.

Police arrested the 28-year-old president of the “Ottoman Saar” local chapter of Ottoman Germania in a raid on Tuesday. He is accused of ordering the attack.

German security officials classify both groups as gangs that in structure and behavior are similar to the Hells Angels, only without motorcycles. Ottoman Germania describes itself as a boxing club, but authorities believe the group has nothing to do with the sport.

Founded in April 2015, Ottoman Germania is estimated to have 20 chapters and 2,500 members in Germany. Including branches in Turkey, Austria, Switzerland and Sweden the group has some 3,500 estimated members.