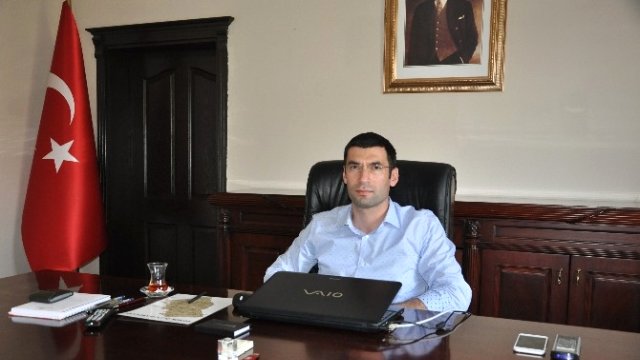 Three people including a district governor who was appointed as a trustee to the Derik Municipality in September were injured in an explosion near the residence of the Derik district governor on Wednesday, according to a statement from the Mardin Governor’s Office.

Former Derik District Governor Muhammed Fatih Safitürk was appointed as a trustee to the Derik Municipality in Mardin in September.

According to the governor’s office statement, Kurdistan Workers’ Party (PKK) terrorists attacked on the residence of the district governor with homemade explosives, which injured three people including Safitürk.

The injured were taken to nearby hospitals while security measures in the area have been tightened.

Recently, dozens of trustees have been appointed by the Interior Ministry to mostly pro-Kurdish municipalities in Turkey’s Southeast, replacing the elected mayors and municipal council members. The development attracted widespread criticism from the region and Western countries.

In a statement for a Kurdish TV station last month, PKK senior operative Murat Karayılan threatened trustees appointed to municipalities in the Southeast.

In reference to the trustees, Karayılan said that “from now on these people will not be forgiven.”

Karayılan, who back in June threatened to target trustees if they were appointed, reiterated his threat, arguing that the Justice and Development Party (AKP) has been using the trustees as its “counter-organization.”