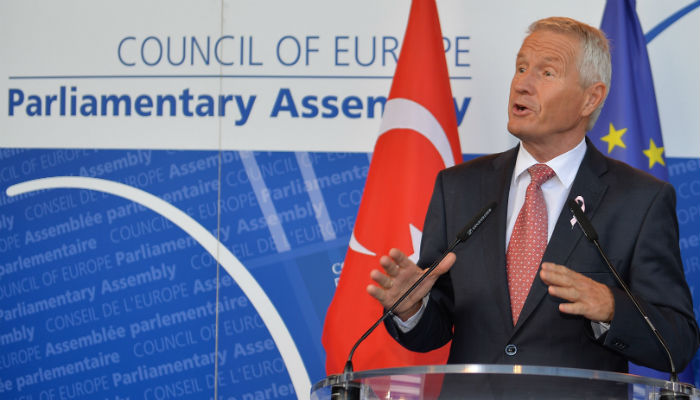 At a time when the Turkish government has attracted widespread criticism for its recent crackdown on an opposition party and an opposition newspaper, Council of Europe Secretary-General Thorbjørn Jagland arrived in the Turkish capital of Ankara on Wednesday for a series of talks with Turkish officials.

“Secretary General wishes to continue the dialogue with Turkish leaders on the current situation in the state of emergency following the failed coup d’état [of July 15],” a statement from Jagland’s office said on Wednesday.

Last Saturday, Turkey also saw the arrest of nine journalists from the opposition Cumhuriyet newspaper including the paper’s editor-in-chief.

Both developments sparked harsh criticisms from Europe and the US.