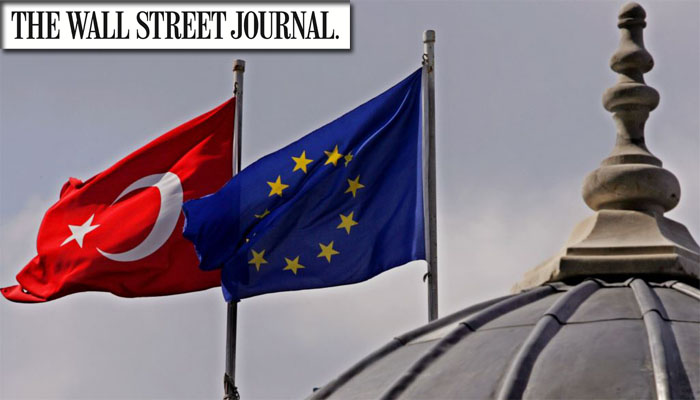 The Wall Street Journal (WSJ) reported on Tuesday that the European Union is considering freezing negotiations with Turkey in its bid to join the bloc as tensions flare over measures the Turkish government has taken against dissent in the wake of a failed coup attempt in July.

The WSJ also underlined that the European Union is divided over the issue as it may imperil a migration deal and the efforts of coalition forces to combat the Islamic State in Iraq and the Levant (ISIL) terrorist group.

According to the WSJ, stating that it has seen the European Commission report on Turkey’s membership bid to be released on Wednesday, the commission will conclude that the situation in Turkey with regards to the rule of law, media freedom and human rights — essential criteria for any country joining the EU — has deteriorated compared to 2015.

“The broad scale and collective nature of these measures raised a number of very serious questions. There are serious concerns with regard to the vagueness of the criteria applied and evidence used … leading to a perception of ’guilt by association’,” the draft report reads.

On Tuesday the bloc’s foreign policy chief, Federica Mogherini, expressed “grave concern” about plans to reinstate the death penalty as well as newspaper closures and the arrest of prominent opposition politicians. She said these are “extremely worrying developments which weaken the rule of law, the respect for human rights and fundamental freedoms and compromise parliamentary democracy in Turkey.”

“But governments in the bloc are divided on whether to take such a drastic step, which may imperil a highly-prized migration deal with Turkey and further strain ties with Ankara at a crucial point in the West’s fight against so-called Islamic State in neighboring Syria and Iraq. The migration accord has over the past few months has helped keep refugees out of Europe,” the WSJ said.