A court in Turkey’s northern Karabük province ruled for the arrest of D.A. (11) for stealing fish, vegetables and beverages from a restaurant along with L.B.N. (12) two weeks ago.

D.A. and L.B.N. were taken into police custody after the owner of a fish restaurant complained about the youngsters. The restaurant owner provided CCTV video footage showing the two children entering his restaurant, trying to open the safe to steal money, and failing to do, so stole three fish, onions and lettuce and a soft drink.

Identified by CCTV videos, D.A. and L.B.N. were taken into police custody.

A court in Karabük ruled for the arrest of D.A. and released L.B.N. pending trial. 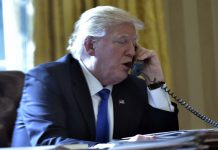