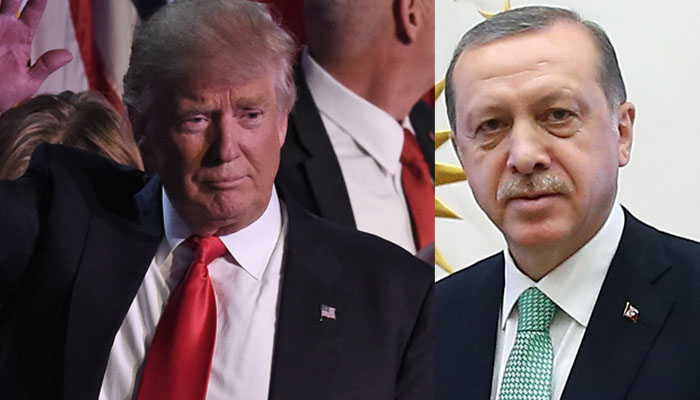 According to a press release from the Turkish Presidency on Wednesday, the conversation between Erdoğan and Trump was a “sincere” one as he congratulated Trump on his unexpected election win and said Turkey and the United States were allies brought together by mutual respect, common interests and values.

Earlier on Wednesday, Erdoğan said he hoped Trump’s victory would lead to “beneficial steps” for the Middle East and for basic rights and freedoms.

Erdoğan had criticized Trump’s candidacy following his suggestion of banning the entry of Muslims to the United States and shutting down mosques in the country, saying: “This is America. Now one of the candidates is slamming Muslims. Mr. Obama had taken sides in favor of Muslims, but [Trump] cannot tolerate the presence of Muslims in the United States.”

In reference to a shopping mall in İstanbul that uses the Trump trademark in its name, Erdoğan had called on the owners in Turkey, the same company that owns the Doğan Media Group, to remove Trump name in June 2016. Erdoğan had participated in the opening ceremony of the Trump Towers Mall, but after Trump’s Islamophobic remarks, Erdoğan admitted that he had made a mistake by opening the mall himself.