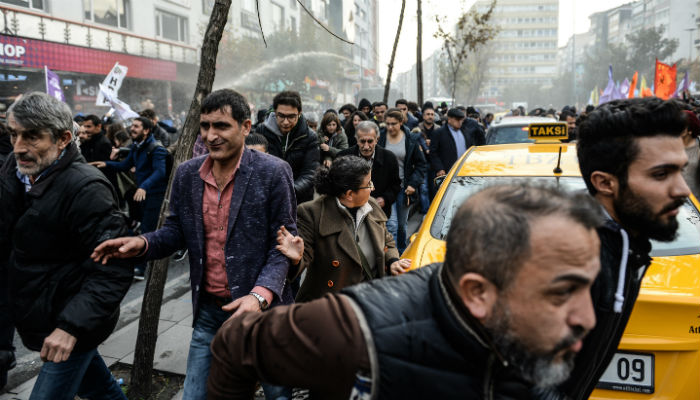 Turkish police have detained around 100 people in İstanbul and Adana provinces who took to the streets to protest the arrest of pro-Kurdish Peoples’ Democratic Party (HDP) deputies last Friday.

A statement from the İstanbul Police Department on Sunday said 65 people have been detained across İstanbul during demonstrations held in protest of the arrest of the HDP deputies.

In Adana, police teams detained 16 people for taking part in demonstrations that were sparked following the arrest of the HDP deputies.

Turkish courts on Friday arrested nine HDP deputies including the party’s co-chairs, who were detained in the early hours of Friday following police raids on their homes.

The HDP deputies were arrested after they refused to testify about alleged crimes linked to “terrorist propaganda.”