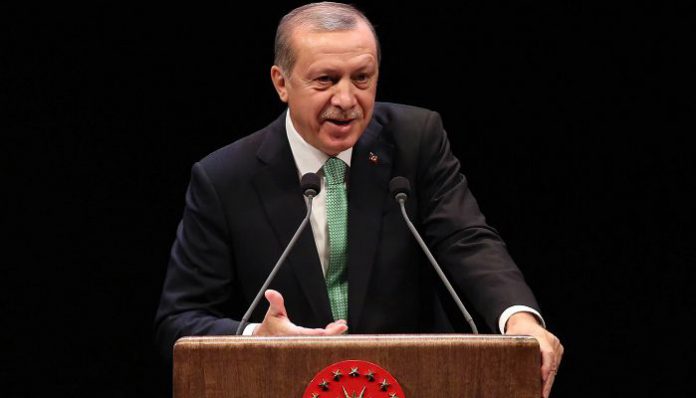 Turkish President Recep Tayyip Erdoğan said during a TV program on Thursday that his government has “redefined democracy and secularism” and therefore has managed to show the world “how Muslims can do politics,” the state-run Anadolu news agency reported on Friday.

Speaking to Doha-based broadcaster Al-Jazeera, Erdoğan said: “We redefined democracy and secularism. We maintained that secularism was no longer a term as in the past. Secularism now refers to the equal protection of civil rights and civil liberties and beliefs for all people.”

The words drew strong reaction from social media users as they came hours after 11 pro-Kurdish Peoples’ Democratic Party (HDP) deputies were detained in a major government crackdown against the opposition on Thursday night. (Turkey Purge)