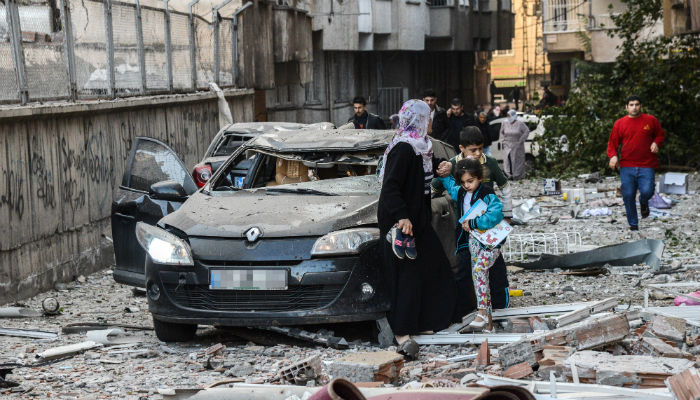 A car bomb is believed to have been the cause of an explosion that killed one person and wounded at least 30 others in Turkey’s southeastern city of Diyarbakir on Friday, NTV said.

The attack followed the overnight arrests of 11 lawmakers from the Peoples’ Democratic Party (HDP), whose base is largely drawn from Kurds in the region, as well as leftists and progressives throughout Turkey.

The explosion took place at 8 a.m. local time, after which a number of ambulances rushed to the scene.

Turkish media reported that a firefight followed the powerful blast that caused significant damage to buildings nearby.

The Diyarbakır Governor’s Office announced in a statement on Friday morning that the Kurdistan Workers’ Party (PKK), which has been waging a bloody war in Turkey’s Southeast since 1984, claimed responsibility for the attack.