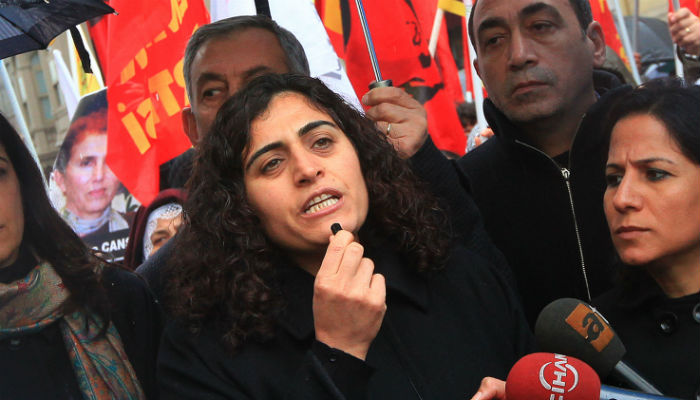 Democratic Regions Party (DBP) Co-chairperson Sebahat Tuncel was taken to a hospital after police intervened in a demonstration in front of the Diyarbakır Courthouse on Friday afternoon staged by crowds protesting the detention of pro-Kurdish Peoples’ Democratic Party (HDP) deputies in the early hours of Friday.

Media reports said police used force to intervene in the sit-in in front of the Diyarbakır Courthouse and detained dozens of people.

Tuncel, who is also a former deputy, was reportedly injured by the police when she was being detained. She was subsequently hospitalized.

Counterterrorism police in the early hours of Friday raided HDP headquarters in Ankara and conducted a search of the premises while 12 deputies, including Co-chairs Figen Yüksekdağ and Selahattin Demirtaş, were detained in police operations in Ankara and the southeastern provinces. One of the deputies was released on probation on Friday morning. One deputy was arrested while 10 others were referred to court for arrest.