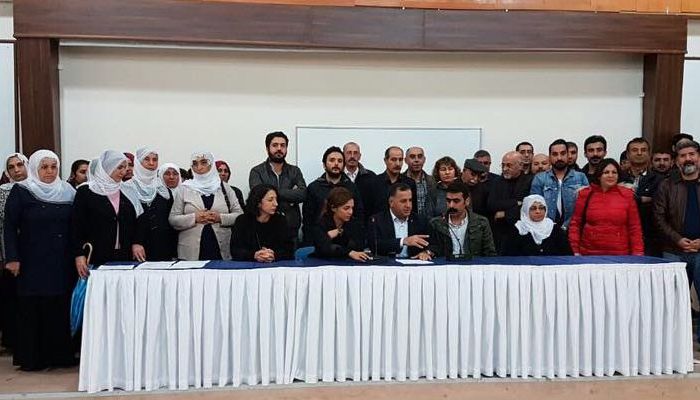 Representatives of 45 NGOs and trade organizations gathered at a well-known hall in Diyarbakır on Tuesday to hold a press conference about the post-coup emergency rule in Turkey but failed to draw the attendance of journalists.

“Now we are struggling to make our voices heard only on social media,” a spokesperson representing the NGOs is heard saying in a video recorded by an amateur camera.

“You cannot see a single microphone recording this meeting because TV stations and newspapers have been closed down,” said social media users, lamenting the lack of media attention.

Police on Monday morning detained Murat Sabuncu, editor-in-chief of the Cumhuriyet newspaper, and 14 other executives during the day. The crackdown on Cumhuriyet came days after the government shut down 15 mostly Kurdish media outlets including the Dicle news agency, the Kurdish-language Azadiya Welat daily and Evrensel Kültür.

“The post-coup emergency rule has turned into political opportunism [for the government],” the spokesperson said during the meeting. (Turkey Purge)