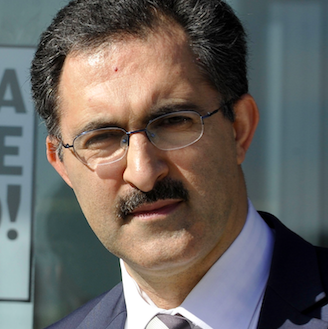 Although the Turkish government’s crackdown on the network of the Islamic State in Iraq and the Levant (ISIL, IS or Da’esh) in Turkey appears to have gained pace, especially against the backdrop of an ongoing incursion into Syria and war-mongering posturing towards Iraq, the release of many detained IS suspects during depositions, arraignment or trial hearings has cast a long shadow on Turkey’s determination to go after the militant network that has killed 254 Turkish citizens so far.

Most believe the lackluster performance of Turkish law enforcement agencies in clamping down on Turkish affiliates of ISIL as well as the ensuing poor performance in the number of successful prosecutions by the criminal justice system is largely attributed to the absence of a clear stand by the Turkish government. Let’s recall that main opposition Republican People’s Party (CHP) leader Kemal Kılıçdaroğlu even suggested that “there is an ideological affinity” between the Islamist-rooted ruling Justice and Development Party (AKP) and ISIL. His comments came after the AKP majority in Parliament rejected motions by three opposition parties to establish a parliamentary investigation commission to look into ISIL on June 29, the day when a suspected ISIL attack at Istanbul Atatürk Airport killed 42 people. Another motion was submitted by the opposition CHP on Tuesday (Nov. 2) to establish an investigation commission to probe the ISIL network and their political masters in Turkey. That motion will certainly be defeated by the majority of the Islamist AKP lawmakers given the past record of the governing party.

In its defense, the government says it has weighed in on the ISIL network in Turkey and cracked down on its cells in various provinces. Ibrahim Kalin, deputy secretary-general of the presidency in charge of foreign and security policy, and also spokesperson for the president, said on Turkish TV last month that 4,152 ISIL suspects had been detained in Turkey so far with 1,792 being foreigners. Of these, 1,562 were arrested, he added. He also underlined that the government has deported 3,710 suspected ISIL militants after their entry into Turkey.

This number does not give the entire picture, however, as it omits the most crucial data for those who were released after arrest during trial hearings or those who were actually convicted and sentenced. During last month’s deliberations on a parliamentary resolution that renewed the Turkish government’s mandate to deploy Turkish troops to Iraq and Syria for another year as part of its stated fight against ISIL and other terror groups, Defense Minister Fikri Işık did not even give the number of ISIL suspects of Turkish origin but simply noted that over 3,700 foreigners had been deported by the government so far on IS suspicions.

A snapshot survey of several ISIL cases in Turkey points to a pattern in which the criminal justice system has systematically failed to prosecute leading radical figures. For example, on March 24, the Istanbul 13th High Criminal Court ruled to release radical preacher Halis Bayancuk (aka Abu Hanzala) and all the remaining defendants who were in pre-trial detention in an ISIL case in which 97 suspects were being tried. Bayancuk, who allegedly leads the ISIL-affiliated Tewhid group, was arrested in July 2015. In the same hearing, the court also released Asaad Khelifalkhadr (aka Ebu Suheyf), a Kuwaiti national listed as the number one suspect in the 315-page indictment as a trafficker of Jihadists. The court ignored the overwhelming evidence incriminating both Abu Hanzala and Ebu Suheyf, including wiretap records that detailed how the network picked up Jihadists from an Istanbul airport and helped them travel to border provinces to cross into Syria.

On April 25, 2016, police raided homes run by another cell affiliated with Abu Hanzala in Çankırı province, a two-hour drive from Turkish capital, and detained six suspects. Despite finding rifles, ammunition and other evidence, four suspects were released by the prosecutor after questioning, while the rest were released by a judge in the arraignment hearing. Again, police detained 12 suspects on Jan. 10, 2016 as part of a probe into Hanzala’s cells in the northwestern province of Bursa, yet the court arrested only four who were later released during a March 7 hearing.

ISIL’s Tatlıbal group, which operates from Ankara’s old city of Ulus, around the Hacıbayram neighborhood, appears to have escaped the close scrutiny of the criminal justice system as well. The investigation, launched in 2014 (coinciding with a New York Times story featuring this notorious neighborhood), resulted in an indictment on March 9 2016, with the prosecutor filing charges against 17 who faced possible jail time ranging from seven-and-a-half to 15 years. However only 10 suspects were arrested, while four were released before the trial even started despite the fact that three remained at large. At the May 18 hearing, seven more were released. During the last hearing held on July 12, the remaining three suspects were also let go.

In another case in the border province of Gaziantep, police detained five Syrians and one Turkish-Syrian on charges of running an exchange house that allegedly facilitated funds transfers for the sale of Ezidi (Yazidi) women. On Dec. 23, 2015, a Turkish prosecutor indicted the suspects for membership in the ISIL terror group and the financing of terror, based on a huge amount of evidence in terms of money transfer receipts. Yet, in the course of only two weeks, the court acquitted all six of them at the second hearing held on Jan. 15, 2016, when a new prosecutor suddenly took over the case. As opposed to the investigating prosecutor who indicted the defendants on terror links, the new prosecutor asked the court to acquit all suspects. The court did not even bother to wait for the examination of some 2,000 money receipts that were sent for authorized translation from Arabic to Turkish.

In another case that was launched on Oct. 9, 2015, by a prosecutor in the southeastern province of Bingöl to identify a Jihadist network that trafficked militants to Syria, the investigators found that the network has a strong base in the conservative province. It turned out that some of seven militants killed during a police raid on ISIL safe houses in Diyarbakır on Oct. 26, 2015, were from Bingöl province. The evidence that was uncovered from the scene of the deadly firefight during which two police officers lost their lives led police to investigate a pro-government charity front, Islah-Der (Association for the Movement of Social Justice & Reform), which has been raising funds and recruiting militants since 2011. Yet this association was spared as it continues to run its activities without any hindrance even today. As in other leading ISIL cases, at the first hearing held on Oct. 25, 2016, concerning the deadly raids in Diyarbakir, the court ordered the release of 12 suspects from detention. Only three ISIL suspects were left incarcerated.

There is no shortage of similar cases in various provinces of Turkey that paint a picture of an almost revolving door-style pattern in the criminal justice system for ISIL. The only high-profile ISIL case that has resulted in a conviction so far was aggravated life sentences given to three ISIL suspects of foreign origin on June 15 over an attack in the Ulukışla district of the Central Anatolian province of Niğde in March 2014 that killed three Turks. The problem with this case, however, was that the suspects were not convicted on terror charges as stipulated under the Turkish Penal Code’s Article 314 but rather on murder charges. Outraged by the verdicts that lacked the inclusion of terror, the victims’ families appealed to the Supreme Court of Appeals in a case that is still pending.

It is obvious that members of the judiciary and law enforcement agencies are under political pressure in ISIL cases in Turkey to not push rigorously. The veteran prosecutors and police chiefs who had successfully investigated radical religious networks in Turkey including al-Qaeda and ISIL were either dismissed or jailed in a new Turkey under the one-man rule of Turkish President Recep Tayyip Erdoğan. For example, Police Chief Serdar Bayraktutan — who helped in January 2014 with the arrest of Abu Hanzala — was immediately reassigned after the police operation, later dismissed and subsequently jailed. Prosecutors Aziz Takçı and Özcan Şişman, who uncovered illegal arms shipments to Jihadist groups in Syria in January 2014 were reassigned, dismissed and eventually jailed on trumped-up charges of trying to topple the government.

Rightfully, main opposition leader Kılıçdaroğlu has asked the AKP government why the ISIL leader in Turkey [Abu Hanzala] is moving about freely, and he has also questioned the failure to bring a class action-type ISIL case in the judiciary for a thorough investigation of the ISIL network. For Turkey’s pro-Kurdish Peoples’ Democratic Party (HDP) leader Selahattin Demirtaş, the explanation is obvious because he claims the governing party is nothing but an “extension of ISIL,” and that is why it allows radical militants to roam free in Turkey. The revolving-door pattern we see in the deliberate failure of successful prosecutions against ISIL suspects proves his point.

You robbed me of my workplace, Erdoğan. Take your hands off my university!