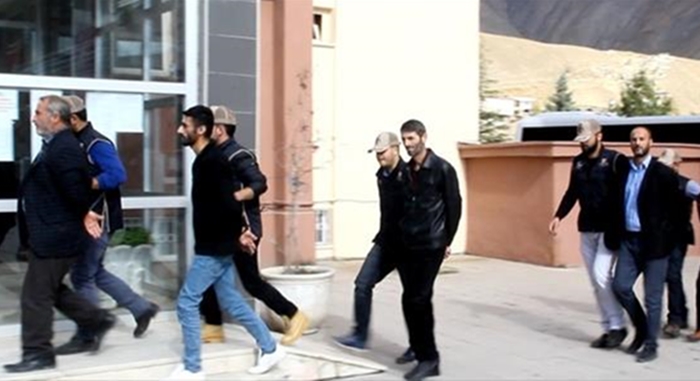 Turkish police on Oct. 12 detained 48 people including HDP and Democratic Regions Party (DBP) provincial and district co-chairpersons in the southeastern provinces of Diyarbakır, Van and Hakkari as part of an operation against the outlawed Kurdistan Workers’ Party (PKK)

Six of the detainees were released and two of them were put on probation by the prosecutor, while nine were arrested.

HDP politicians and mayors have been the target of President Recep Tayyip Erdoğan and the Justice and Development Party (AKP) government since the end of a settlement process between the outlawed Kurdistan Workers’ Party and the government in mid-2015.

Selahattin Demirtaş, co-chairman of the HDP, said on Friday that his party does not represent the PKK in Turkish politics, adding that they are exerting efforts to bring the PKK to the negotiating table with ruling the AKP.

A Turkish court ruled on Friday for judicial supervision and a travel ban for Figen Yüksekdağ, co-chair of HDP, claiming that she represents a flight risk.