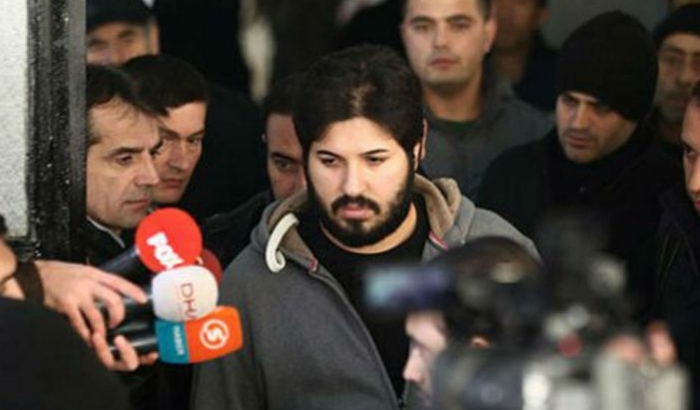 According to main opposition deputy Özgür Özel, the frequent visits of the justice minister to the US, ostensibly to demand the extradition of Islamic scholar Fethullah Gülen, are actually part of efforts to release Turkish-Iranian gold trader Reza Zarrab, who has been indicted and is in custody in the US.

Zarrab was the main suspect of a massive corruption investigation in Turkey in 2013 and is charged with violating the US sanctions against Iran by bribing high-level Turkish officials. Zagreb was acquitted of all charges in Turkey.

Republican People’s Party (CHP) group deputy chairman Özel argued that the visits of Justice Minister Bekir Bozdağ to the US are clearly efforts to rescue Zarrab from the US judicial system. “While the government asks for the extradition of Gülen, it is also using Gülen to bargain over Zarrab,” Özel stated on Oct. 27 as he said that the government is aware of the fact that no country would extradite a suspect when the reintroduction of the death penalty is being debated in Turkey.

Özel challenged the justice minister’s argument that Zarrab should be tried in Turkey because he is a Turkish citizen, saying that the minister himself voted against the trial of Zarrab in the corruption investigation, which implicated several ministers from the governing party.

The Turkish government accuses Gülen of plotting a failed coup on July 15 and is seeking his extradition from the US. Although Minister Bozdağ has repeatedly claimed that Turkey has submitted evidence of coup plotting by Gülen and demanded his provisional arrest, no US institution has confirmed his statements.

In September President Recep Tayyip Erdoğan had said that according to investigations by the Turkish Finance and Justice ministries, Zarrab is innocent. “Even Iran agrees on that [he is innocent]. But despite everything, he is in jail in the US,” he said.

US authorities arrested Zarrab in Miami in March on charges of helping Iran process millions of dollars of transactions when it faced US sanctions for its nuclear program, according to a Reuters report.