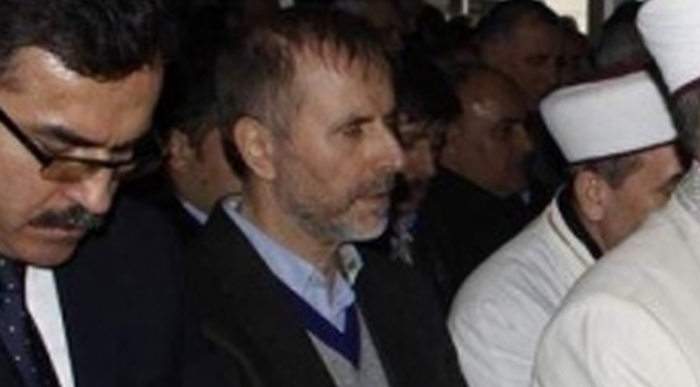 President Recep Tayyip Erdoğan’s brother-in-law, Ziya İlgen, will not testify to the parliamentary commission that was established to investigate a foiled coup attempt on July 15, Reşet Petek, head of the commission, said on Thursday, the Hurriyet daily reported.

“Mr. Ziya İlgen told us that he has nothing more than informing President Erdoğan about tanks on the street. So we will not hear from him at the commission,” said Petek.

İlgen came to public attention when Erdoğan told the media that he learned about the coup attempt from his brother-in-law.

Erdoğan’s contradictory statements concerning when exactly he first heard about coup attempt turned into one of the heated debates among opposition circles after the coup.

Although the government based its accusations of Islamic cleric Fethullah Gülen as the alleged mastermind of the coup attempt on the initial testimony of Chief of General Staff Gen. Hulusi Akar, the opposition’s offer to hear to him as well as the undersecretary of the National Intelligence Organization (MİT) as witnesses was rejected by the Justice and Development Party (AKP) deputies on the commission.

Parliamentary Coup Investigation Commission member and main opposition Republican People’s Party (CHP) İstanbul deputy Aykut Erdoğdu said in an interview with the Birgün daily on Monday that the ruling AKP is trying to obscure the realities behind the coup attempt on July 15 since the commission is being prevented from doing its job by “hidden hands.”

Erdoğdu said there are scores of unanswered questions about the failed coup attempt that the AKP government and President Erdoğan still have not clarified.

“They are not clarifying that [July 15] night. MİT head Hakan Fidan’s failure to inform Erdoğan [about the coup attempt], Chief of General Staff Gen. Akar’s captivity and release, prime suspect Adil Öksüz’s release after detention and Erdoğan’s statement that he was informed [about the coup attempt] by his brother-in-law have not been clarified,” he said.

Underlining that the CHP has demanded to hear Fidan, Akar and other high-ranking army officers, Erdoğdu said they were expecting the commission to expand its investigation on the failed coup attempt according to the these hearings; however, the CHP’s attempts have always been blocked.

“The strongest and dirtiest hidden hand [to prevent the commission from continuing its investigation] is the ‘palace’ [Erdoğan’s] hand,” Erdoğdu said.

According to Erdoğdu, the AKP and Erdoğan fear the revelation of some realities about the failed coup attempt. Erdoğdu also said the same hidden hands were preventing the commission from hearing the putschist army general.

Main opposition CHP deputy Aytunç Çıray also had asked the commission to hear the relatives of the July 15 victims as well as the chief of general staff and the head of MİT to shed light on the facts behind the coup. Çıray said that without knowing what really happened when Akar and MİT Undersecretary Fidan talked on the night of the coup for five hours, the facts surrounding the coup could not be known.

According to the CHP’s Çıray, there are three arguments regarding the coup in Turkey. One is that the Gülen movement carried it out. The second is that the coup attempt was a plot staged by President Erdoğan and the government. Third is that the government let the coup take place despite earlier intelligence. Çıray urged hearing the testimony of Akar and Fidan to ascertain the facts behind the coup. He also reported alleged phone calls abroad and asked for an investigation of the call logs of top officials.

The AKP government, which launched a war against the Gülen movement following the eruption of a corruption scandal in late 2013 in which senior government members were implicated, carried its ongoing crackdown on the movement and its sympathizers to a new level after a failed coup attempt on July 15 that killed 240 people and injured a thousand others.

Turkish Islamic scholar Fethullah Gülen called for an international investigation into the coup attempt, but President Erdoğan — calling the coup attempt “a great gift from God” — and the government initiated a widespread purge aimed at cleansing sympathizers of the movement from within state institutions, dehumanizing its popular figures and putting them in custody.

More than 110,000 people have been purged from state bodies, 82,000 detained and 35,000 arrested since the coup attempt. Arrestees include journalists, judges, prosecutors, police officers, military personnel, doctors, court personnel and even a comedian.