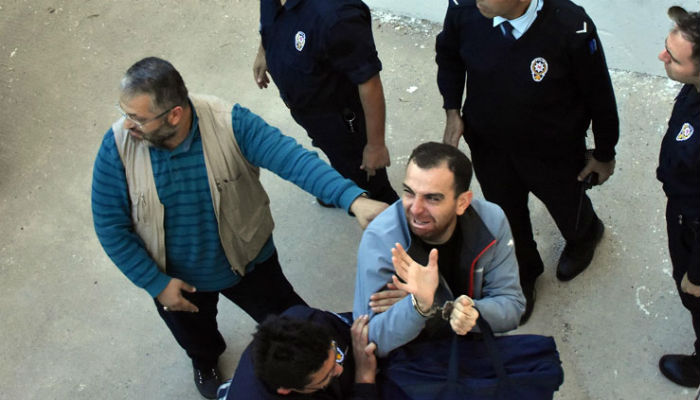 Twenty-nine out of 47 military officers who were detained on Oct. 20 at the 3rd Main Jet Airbase in Konya as part of post-coup investigations targeting alleged followers of the faith-based Gülen movement were arrested on Thursday.

Two of the arrested officers are colonels.

Eighteen of the detained officers were released, nine of them on probation.

Simultaneous raids were conducted in locations in Konya and İzmir provinces on Oct. 20 to detain the officers as part of the investigation conducted by the Konya Chief Public Prosecutor’s Office. The 47 officers were kept in detention until Thursday.

Turkish Islamic scholar Fethullah Gülen, who inspired the movement, called for an international investigation into the coup attempt, but President Recep Tayyip Erdoğan — calling the coup attempt “a great gift from God” — and the government initiated a widespread purge aimed at cleansing sympathizers of the movement from within state institutions, dehumanizing its popular figures and putting them in custody.

More than 100,000 people have been purged from state bodies, nearly 76,000 detained and 35,000 arrested since the coup attempt. Arrestees include journalists, judges, prosecutors, police officers, military personnel, doctors, court personnel and even a comedian.