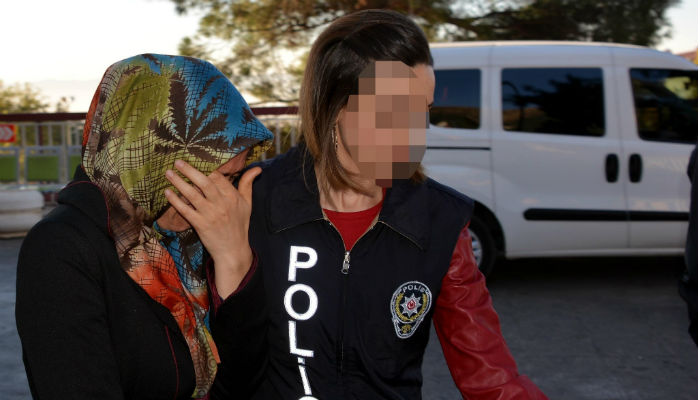 Twenty-three teachers who were recently suspended from their posts due to alleged links to the faith-based Gülen movement have been detained in the southern province of Kahramanmaraş.

The teachers were detained on Thursday as part of an investigation conducted by the Kahramanmaraş Chief Public Prosecutor’s Office into the Gülen movement, which is accused by the Turkish government of masterminding a failed coup attempt on July 15.

In line with a state of emergency declared in the aftermath of the failed military coup, Turkey’s Education Ministry has been suspending thousands of ministry personnel en masse, most of whom are teachers, on the grounds that they have ties to the Gülen movement.

The military coup attempt on July 15 killed over 240 people and wounded more than a thousand others. Immediately after the putsch, the government along with President Recep Tayyip Erdoğan pinned the blame on the Gülen movement. The movement strongly denies any involvement in the coup attempt.

Thousands of people who are thought to be linked to the Gülen movement have been purged from state bodies since then, while around 35,000 have been arrested so far due to alleged Gülen links.

Hundreds of Gülen-affiliated schools across the country have been closed down and the licenses of teachers working at these schools have been revoked.