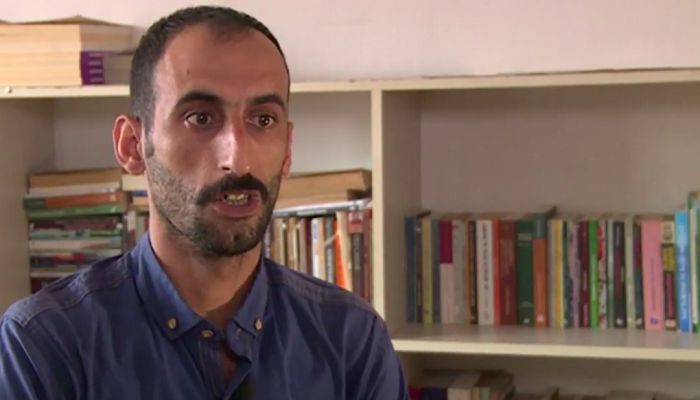 Thirty-one-year-old K.U., who was tortured for 17 days in custody after he was detained on terrorism charges in late August, says his testicles were crushed so badly that he is still in pain whenever he uses the toilet.

Allegations of torture and other maltreatment of Turkey’s post-coup detainees have substantially increased in the recent past.

German broadcaster Deutsche Welle talked with a recently released man who spent six weeks under arrest after he was tortured for 17 days in a holding cell in İstanbul.

“Police dragged us around the room with cords tied to our genitals. My testicles were crushed so badly that I am still in pain whenever I use the toilet,” K.U. said about the cruel methods of torture he endured.

K.U. was detained on accusations of supporting the outlawed Kurdistan Workers’ Party (PKK) in late August. The judge freed him after spending six weeks under arrest plus 17 days in detention. “I felt like I was in hell during those 17 days,” K.U. said after he showed a bruise on his arm. While the judge said the allegations against him could not be substantiated, he said nothing about K.U.’s insistence that he was tortured.

“Their squeezing of my genitals. … There is swelling along my groin, and I am not able to [excrete bodily wastes],” he further maintained. Police reportedly tortured him to get the names of people affiliated with the PKK.

Turkish police have tortured and otherwise ill-treated individuals in their custody after emergency decrees removed crucial safeguards in the wake of a failed coup attempt in July 2016, Human Rights Watch said in a report released on Oct. 25.

K.U. says he still has difficulty sleeping. Meanwhile, he said, a hospital refused to issue an official assessment of his medical condition. (Turkey Purge)