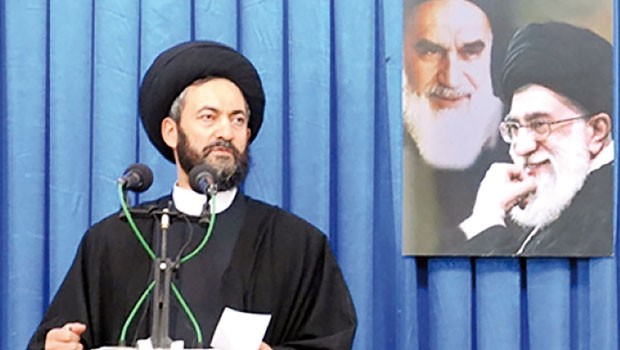 A representative of the Iranian mullah regime has voiced his dislike of Turkish Islamic scholar Fethullah Gülen, saying that he will not even enter paradise if Gülen is there.

“If Fethullah Gülen comes to paradise, I will not set foot in there,” said Ayatollah Ameli, Erdebil representative of Supreme Leader of Iran Ali Khamenei.

His remarks were published in an interview in the Hürriyet daily on Sunday.

Noting that he has been closely following the Gülen movement, inspired by the teachings of Gülen, for a long time, Ameli accused Gülen of removing the names of the Prophet Muhammad from the Islamic faith. The movement denies the claim.

Gülen is known for his critical statements about the Iranian regime and its interpretation of Islam.

Gülen and the movement have been target of President Recep Tayyip Erdoğan and the ruling Justice and Development Party (AKP) since the eruption of a corruption scandal in late 2013 in which senior government members were implicated.

More than 110,000 Gülen movement people have been purged from state bodies, 82,000 detained and 35,000 arrested since a failed coup attempt on July 15. Erdoğan and the AKP accuse Gülen of masterminding the coup despite lack of any evidence to that effect.