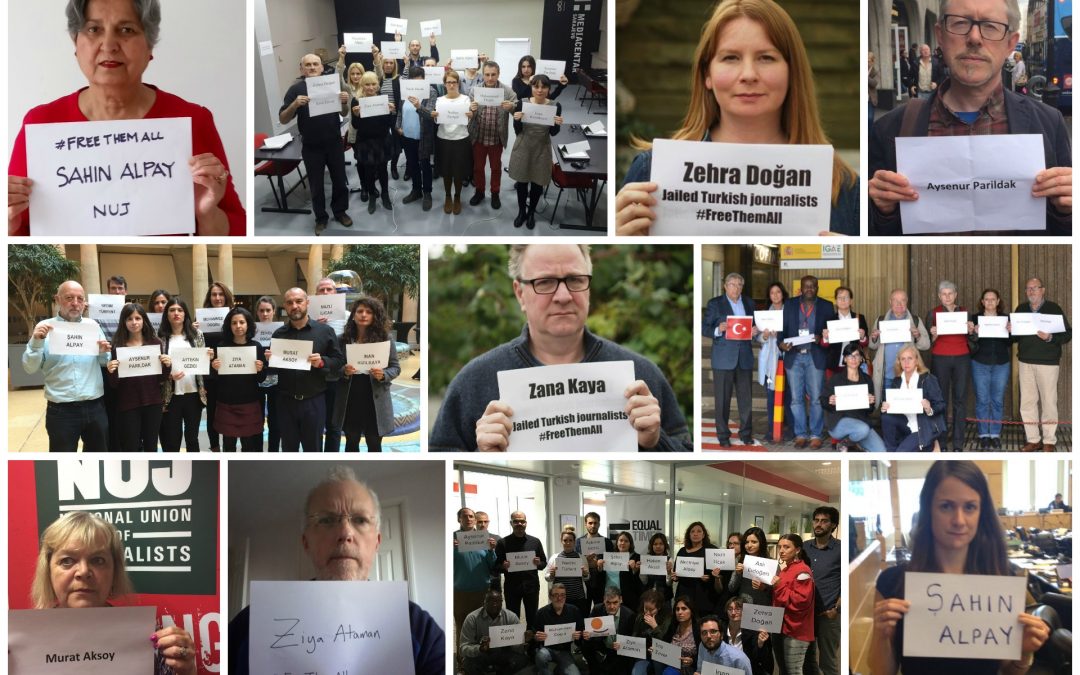 “Turkey: 90 journalists in jail – have your say!” read the title of the campaign calling on journalists across the globe to show solidarity with their colleagues in Turkish prisons.

The failed coup has been followed by a state of emergency and excessive and indiscriminate measures to purge all individuals believed to be connected to the attempt. The Turkish authorities are now jailing journalists, shutting down radio and TV channels and censoring the internet in an attempt to silence criticism,” a statement made by the IFJ on Oct. 18 said.

The IFJ’s campaign consists of an online petition through which signatories urge the Turkish government to release journalists and re-establish the signals of closed broadcasters, along with a one-day “picture show” on social media.

“Add the name of [a jailed Turkish] journalist on an A4 paper, take a picture of yourself holding the sign,” the IFJ said on Friday as it called on media personnel around the world to post their pictures on social media under #FreeThemAll hashtags.

The campaign attracted wide attention from media associations as well as independent journalists.