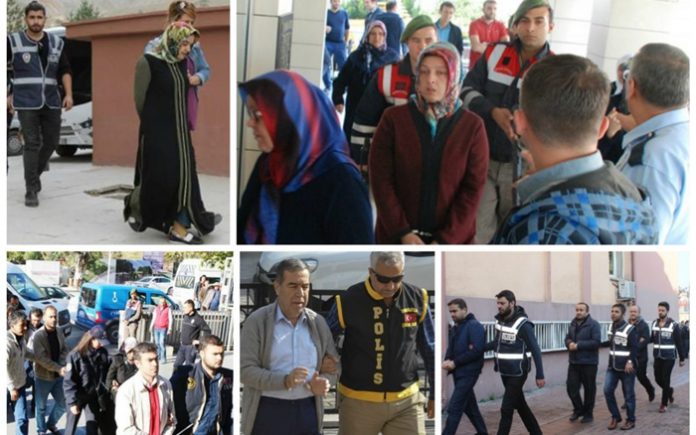 At least 183 people were arrested while 49 others were detained on Saturday, according to Turkish news agencies.

Police carried out the operations in at least 20 provinces across Turkey. With most of the arrestees being police officers, those arrested over the past day also included small business owners, military officers, doctors, judges and prosecutors, university students and civil servants.

Among those detained are judges and prosecutors, police officers, lawyers, hospital personnel teachers, businessmen and a dormitory manager.