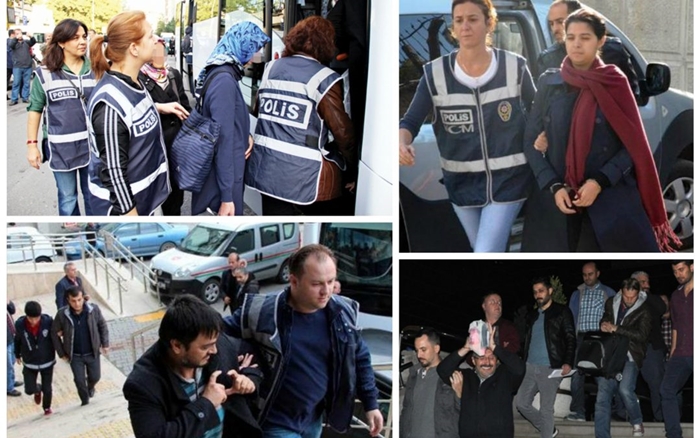 As of Saturday noon, in Turkey’s relentless witch-hunt against perceived sympathizes of the Gülen movement, 11 people had been arrested and dozens detained in numerous police raids across the country.

Part of the purge that gained momentum following a July 15 coup attempt, the police raided several locations in Aksaray province and detained five people including civil servants and businessmen. Four remain in detention while one was arrested in Aksaray on charges of membership in a terrorist organization. The government calls the Gülen movement “FETÖ” to label it as a terrorist organization in the absence of any evidence of violence.

In Manisa three people were arrested for providing financial support to Gülen movement institutions. The president of an abolished education foundation in Manisa, Haydar Erarslan (60), is among the arrestees. A teacher named Bilal Bayar is also among the latest victims of the witch-hunt in Turkey.

An employee of a Manisa-based canned food company, Lidya Konservecilik, was also targeted and arrested in Saturday’s police operations. Elmas Beğendiler, who works in the accounting department of the company, which was seized by the government, was also arrested.

In the Marmara region eight people out of 20 detained in separate operations were referred to court.

Since teachers are also targeted in the Justice and Development Party’s (AKP) witch-hunt, today 14 teachers who were previously fired were detained in Kırıkkale for using a smartphone application named ByLock since it is considered evidence of participation in the coup plot, according to the government. Similarly, three more teachers in Zonguldak were detained on the same charges.

Since July 15, Turkey has arrested over 32,000 people according to official numbers while dismissing over 100,000 people from government positions.