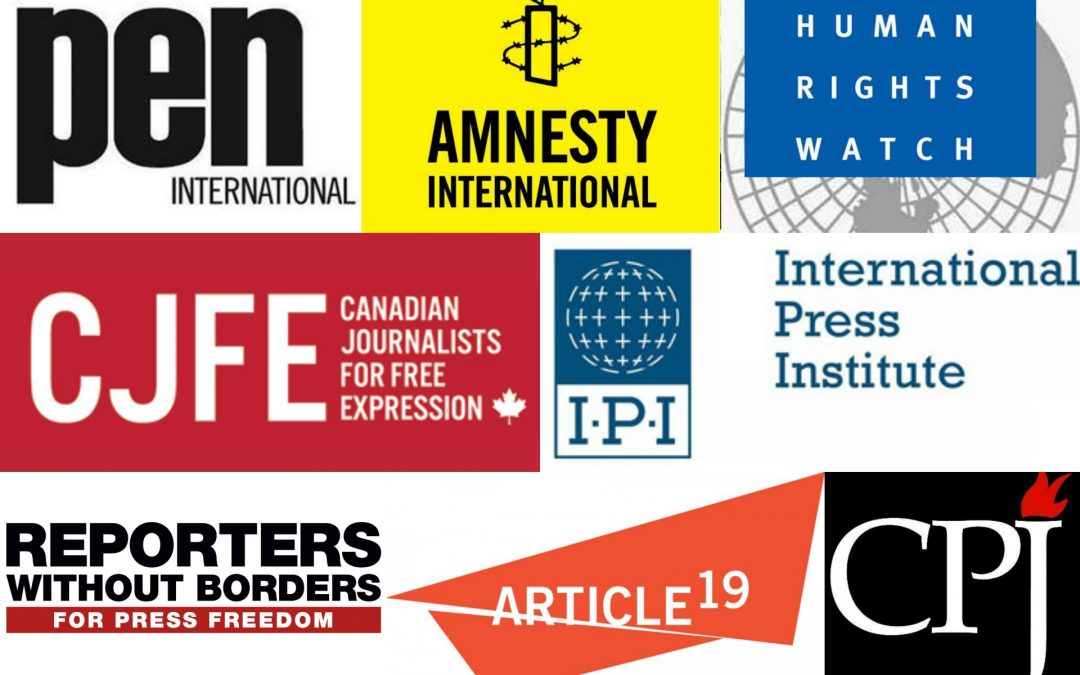 Global human rights organizations as well as press freedom associations have urged the Turkish government to end its abuses against perceived critics committed under emergency rule.

In a joint statement released on Oct. 19, the first day of the second state of emergency declared by the government since a July 15 coup attempt, the groups said Turkish authorities abused emergency provisions to stifle dissent through the detention of large numbers of individuals, during the first state of emergency.

Amnesty International said on July 24 that it had gathered credible evidence that detainees in Turkey are being subjected to beatings and torture, including rape, in official and unofficial detention centers in the country.

The extension of the state of emergency and its associated provisions for a further 90 days, starting from Oct. 19, is worrying, the statement said.

What follows is the full statement signed by the organizations listed above.

“19 October 2016: We, the undersigned organisations, recognise that the Turkish government has the right and responsibility to investigate the violent events of the July 2016 coup attempt and to bring all those responsible to justice. We also recognise that the immediate aftermath of the attempted coup is the type of exceptional circumstance in which a government could legitimately invoke a state of emergency but still has to comply with their human rights obligations.

We are however increasingly concerned that the far-reaching, almost unlimited discretionary powers exercised by the Turkish authorities during the first three months of the state of emergency – now extended for a further three months – endanger the general principles of rule of law and human rights safeguards.

We call on the Government of Turkey to revoke the measures under the state of emergency, the application of which, in practice is incompatible with Turkey’s human rights obligations.

During the first three months of the state of emergency, the Turkish authorities have abused emergency provisions to stifle dissent, through the detention of large numbers of individuals, including both real and perceived critics of the government and others. The removal of fair trial protections and crucial safeguards against torture and other ill treatment exceed permissible, justified derogations and risk violating the absolute prohibition in international law against torture and other cruel, inhuman or degrading treatment. In practice, the application of the provisions enable sweeping arrests, where those detained are not presented with credible evidence, preventing them from challenging or seeking redress for human rights violations.

In light of this, the extension of the state of emergency and its associated provisions for a further 90 days, starting from 19 October, is extremely worrying. At the very least, we urge the Government of Turkey to narrow the scope of the emergency measures by revoking provisions that enable human rights violations and are not consistent with Turkey’s obligations under international law.

We also urge Turkey’s international partners, in particular the European Union, the United States and relevant international human rights bodies, to publicly and unequivocally condemn the human rights violations occurring in Turkey in the context of the state of emergency. They should also call on the Turkish government to revoke all emergency provisions that enable human rights violations, and rescind the state of emergency, unless the government is able to demonstrate that the domestic situation continues to threaten the life of the nation.

Removal of safeguards against torture and other ill-treatment

Since the failed coup attempt, the Turkish authorities have remanded into pre-trial detention 34,000 soldiers, officers, policemen, judges, prosecutors, journalists, teachers and others. 70,000 people are under criminal investigation. Numerous provisions in Turkey’s emergency decrees have suspended key safeguards that protect detainees from torture and other ill-treatment in ways that violate Turkey’s international obligations and place detainees at risk.

Denial of a detainee’s right to see a lawyer for up to five days and severe restrictions on the right to choose lawyer during police detention;

Interference with confidential access to a counsel, including monitoring and recording of communications at the request of a prosecutor.

In practice law enforcement officials and agents have undermined those safeguards to an extent exceeding even the permissive leeway granted them under the emergency decrees.

A number of non-governmental organisations, including Amnesty International, have reported that they have gathered credible evidence that detainees in Turkey were subjected to beatings and torture, including rape.

Provisions of the emergency decrees affect the exercise of the right to freedom of expression and have been used to facilitate the arrest and harassment of journalists, writers and media workers, including:

Empowering higher levels of administration to shut down any media organization; Enabling the government to impose curfews, ban public meetings, gatherings and rallies, and restrict access to private and public spaces; Enabling the authorities to cancel or confiscate passports of anyone under investigation. On 1 September, an amendment to the decree extended this power, enabling the authorities to cancel or confiscate the passports of spouses and partners of those under investigation.

Restrictions imposed under the state of emergency go beyond those permissible under international human rights law, including unjustifiable limitations on media freedom and the right to freedom of expression.

During the first two and a half months of the state of emergency, pursuant to the decrees outlined above, authorities closed around 150 media outlets and publishing companies, leaving over 2,300 journalists and media workers without jobs. At least 99 journalists and writers have been arrested, bringing the total number of media workers detained on charges believed to be related to their exercise of the right to freedom of expression to at least 130, as of 19 October 2016. These numbers exclude other journalists who are currently in detention in police holding cells, or have been detained and released without charge during the state of emergency. Emergency provisions have also been used to harass family members of journalists who have fled abroad or gone into hiding, including by cancelling their passports or detaining them in the stead of those accused.
Such measures against journalists and media workers obstruct the right of people in Turkey to receive information about current events and to hold the government to account.

The Government of Turkey should ensure that the state of emergency and the related emergency decrees are not tools to facilitate serious human rights violations and to silence dissent. Meanwhile, Turkey’s international partners should not ignore the serious violations committed in the context of the state of emergency and should urgently call upon Turkey to rescind or amend the emergency provisions that are not consistent with the country’s international human rights obligations.”