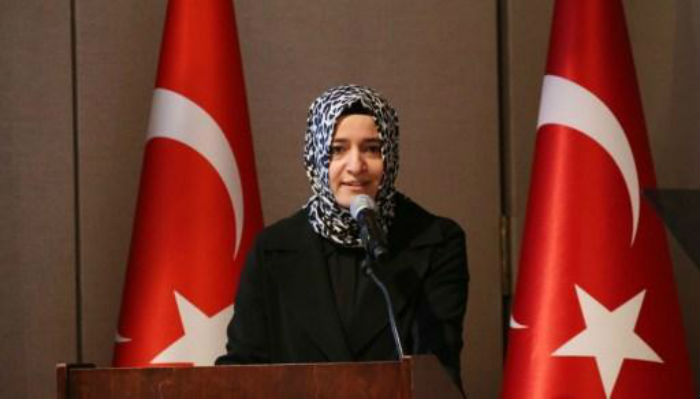 Family and Social Policies Minister Fatma Betül Sayan has said Turkish women know very well how to die like a man and that women’s resistance to the coup plotters on the night of a failed military coup attempt on July 15 proves this.

“Turkish women know very well how to die like a man. We showed this on July 15, and we have eight women martyrs [to prove it],” Sayan said, speaking in Parliament on Wednesday.

Turkey experienced a failed coup attempt on July 15 that killed 240 people and injured a thousand others.

In her speech on Wednesday, Sayan sought to ease criticism of Erdoğan’s remarks, saying that the phrase used by Erdoğan is commonly used in Anatolia and not aimed at offending women.

Sayan said everyone who serves in the Justice and Development Party (AKP) ranks knows very well how much importance Erdoğan gives women and how he placed their names in the first three spots in the candidate lists.

Erdoğan was AKP leader and prime minister prior to his election to the presidency in August 2014.

On many occasions, Erdoğan has attracted women’s criticism with his remarks suggesting that men and women are not equal or that women’s primary duty is motherhood.