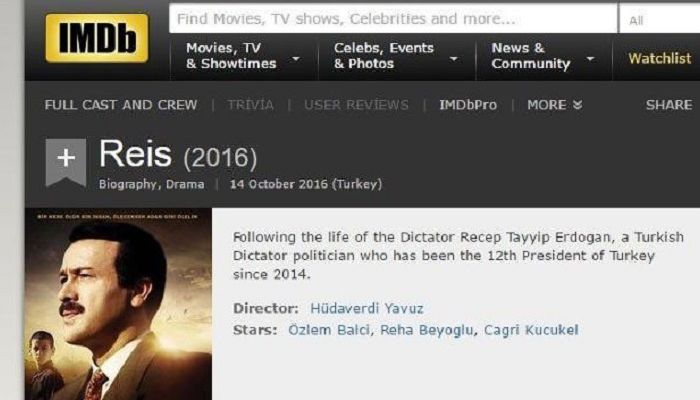 The world-famous Internet Movie Database (IMDb) website described Turkish President Tayyip Erdoğan as the “Turkish dictator politician” who has been the 12th president of Turkey since 2014 but later removed the word “dictator” from the description of a movie titled “Reis” (The Chief).

According to a story on the Cumhuriyet daily website on Thursday, Erdoğan was described as the dictator of Turkey by IMDb while giving details of the 2016 movie “Reis,” directed by Hüdaverdi Yavuz.

After the issue went viral among the users of Ekşi Sözlük (Sour Dictionary), a collaborative hypertext “dictionary” based on the concept of websites built on user contributions, IMDb revised the text on its website to “Reis (2016): Following the life of Recep Tayyip Erdogan, a Turkish politician who has been the 12th President of Turkey since 2014.”