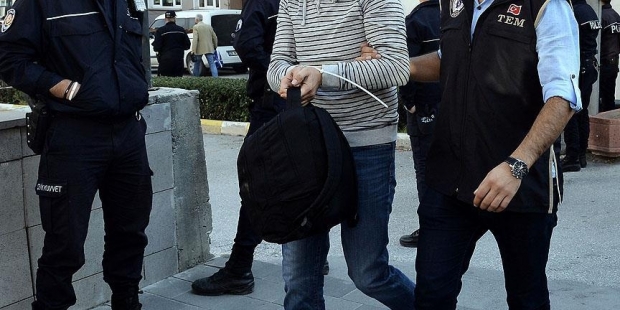 Two lawyers registered with the Konya Bar Association who are under investigation for alleged links to the faith-based Gülen movement were detained by Turkish authorities in the Kuşadası district of Aydın province as they were attempting to flee to Greece, the Haber Türk daily reported on Thursday.

Thousands of people have fled Turkey due to a massive witch-hunt launched by the Justice and Development Party (AKP) government against sympathizers of the Gülen movement in the wake of a failed coup on July 15.

The government accuses the movement of masterminding the coup attempt despite a lack of any evidence to that effect.

The lawyers, identified as Mehmet Ş. and Ahmet B., were detained in a rented house in Kuşadası. They were reportedly looking for a speedboat to take them to Greece where they were planning to file requests for asylum.

Police seized some money and digital data in the lawyers’ house.

Turkey experienced a military coup attempt on July 15 that killed over 240 people and wounded more than a thousand others. Immediately after the putsch, the AKP government along with President Recep Tayyip Erdoğan pinned the blame on the Gülen movement despite the lack of any evidence.

The Gülen movement strongly denies having any role in the putsch.

More than 100,000 people have been purged from state bodies and 34,000 arrested since the coup attempt. Arrestees include journalists, judges, prosecutors, police and military officers, academics, governors and even a comedian.