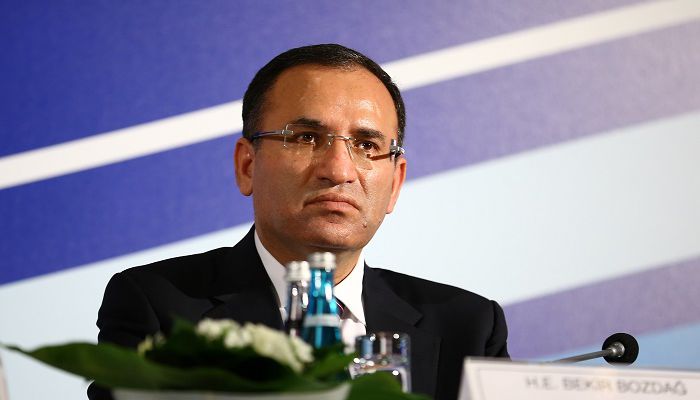 Turkey survived a coup attempt on July 15 that claimed the lives of more than 240 people and injured a thousand others. Thousands have been arrested on coup charges to date.

Speaking to a group of reporters in Ankara about the planned amendments, Bozdağ said military personnel charged with terror crimes or with attempting to stage a coup will be imprisoned in civilian jails instead of military prisons, and military members will be handed to the civil justice system, not the military judiciary, after their arrest.

Under current law, when individuals who have been detained for crimes related to an illegal organization petition the court for their release, the courts have three days to make an assessment. The three-day assessment period will be increased to 15 days after the planned amendments go into effect.

The changes also grant the right to prosecutors to search and seize computers and data belonging to suspects without a court order.

Currently, prosecutors do not have such a right even in situations when their delayed arrival to a location for a search of computers and digital data would obstruct the course of an investigation.

In situations when obtaining copies of digital data in a suspect’s computer takes too long, the prosecutor will be able to seize the computer and give it back to its owner when the copying process is over.

In his statement Bozdağ also said the trial of coup plotters will take place in cities where the crimes related to the coup attempt were committed.

“They will be held in many cities and districts. These trials will not be merged as this would only complicate the proceedings and turn them into a mess. If we were to merge all of these trials, we would never be able to conclude the case and come to a verdict,” Bozdağ said.

The justice minister also noted that a total of 34,063 people are currently detained either on charges of attempting to stage the coup or membership in a terrorist organization, adding that legal procedures have been initiated against more than 76,000 people so far.
The AKP government, which launched a war against the Gülen movement following the eruption of a corruption scandal in late 2013 in which senior government members were implicated, carried its ongoing crackdown on the movement and its sympathizers to a new level after the failed coup attempt on July 15.

Turkish Islamic scholar Fethullah Gülen, who inspired the movement, called for an international investigation into the coup attempt, but President Recep Tayyip Erdoğan — calling the coup attempt “a gift from God” — and the government initiated a widespread purge aimed at cleansing sympathizers of the movement from within state institutions, dehumanizing its popular figures and putting them in custody.